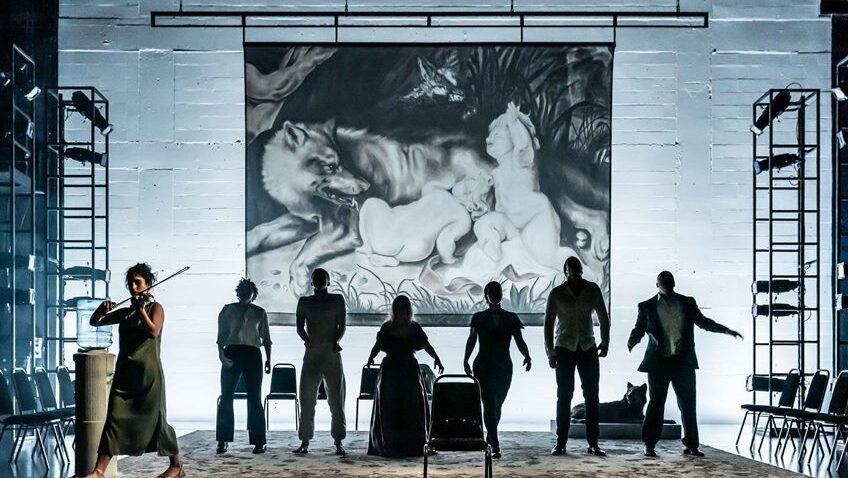 Jean Racine (1639-1699) the great French playwright, the leading tragic dramatist of his day, is rarely performed In England. Britannicus premiered in Paris in 1669.

I have seen two excellent productions. The first was with Marie Bell and Robert Hirsch; the second was with Diana Rigg and Toby Stephens.

The first was in French and in the French neo-classical manner, full of decorum and formality; it had a Louis XVI Sun King grandeur and elegance. The second was in English in modern dress directed by Jonathan Kent for the Almeida.

Britannicus plays a passive supporting role. Racine should have called the play Nero; and it would have been so much better from a box office point of view.

Racine shows Nero as a 21-year-old in love with his half-brother Britannicus’s girl friend and trying to break loose from his mother’s apron strings. Nero is the ultimate mummy’s boy; just as Agrippina is the ultimate awful mum.

The play has been adapted and translated by Timberlake Wertenbaker. The production is directed by Atri Banerjee and designed by Rosanna Vize. William Robinson is Nero. Sirine Saba is Agrippina. Nathaniel Curtis is Britannicus.

The back wall has a reproduction of Rubens’s Romulus and Remus painting. On stage are loads of conference chairs, a water cooler and a stuffed wolf. The actors are in modern dress and none of them is convincing; and nobody knows how to deliver Racine’s long speeches.

Too many are miscast and there is too much shouting. The use of the water cooler is distracting and the movement of the chairs is often unnecessary.

William Robinson in a white tracksuit looks like a Sixth Form prefect. There is no hint of madness, rage, perversion, the psychopath he will become. He is totally unbelievable as Nero and dull.