Home / MONEY / How can interest in racing be transformed into an integral part of the lifestyle? 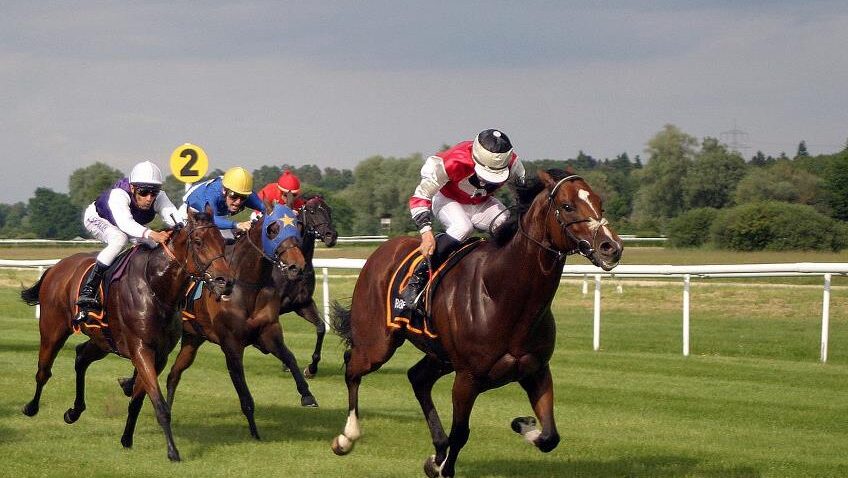 How can interest in racing be transformed into an integral part of the lifestyle?

For as long as we can remember, humans have raced, whether against one another or in pursuit or escape of something. And as time passed, we evolved to be good at it—making and breaking speed records. During this period of evolution, we found new ways to race, introducing contraptions and animals into the fray to change the very fabric of how we used to race.

Now, we have all these racing variations, such as automobile racing and its derivatives, animal racing (horses, dogs, pigeons, elephants), track racing, and smaller racing events like sack racing and the very real sausage race.

As far as racing sports go, horse racing is one of the oldest of the lot. The sport survived long after its originators—the first settlers from the English isles, left. For them, horse racing was more of a pastime than a sporting event, but not to the New World.

In fact, much of the appeal of horse racing events like the Royal Ascot 2022 comes from media narrative. The sport was seen as an event for people from more civilised areas, who had all the time and space to start a horse race, while the more urbanised part of society only considered horses for hobby rides and transportation. But the racing fever soon caught on, and Royal Ascot isn’t just a rag-tag event, but a seasonal attraction attended by the finest horses and jockeys, complete with pomp and pageantry.

Horse Racing over the Years

The racing events of the 21st century aren’t so dissimilar to their predecessors from the 20th century. If anything, the sport has only become better with age. Other things remain unchanged, like the vocabulary of the sport and the equipment, conditions, and distances. Even the strategies and concepts aren’t so far apart.

Due to modernisation, the only aspect of the sport that has received a major revamp is the wagering section. But outside the use of computers and machines rather than judgment, even this section stays true to its core.

Racing as a Lifestyle

It’s clear that being a horse racing bettor or fan is more than just a choice, especially when there is better sports engagement; it’s a lifestyle. Technology has changed how we view and interact with the sport, so it’s easier to be a part of the bigger picture through communities, groups, fandoms, etcetera. These allowances create a better overall experience, particularly regarding identity.

It’s why two football fans, for instance, can connect and speak for a long time about their favourite teams without even knowing each other. A similar sentiment has seeped into horse racing, making it a lifestyle for many. And since horse racing isn’t like football with clearly defined teams and athletes in a structured system, where players can be traded locally and internationally, this sentiment is a big deal. For once, the hype around horse racing is growing, and it’s another forgotten sport wilting away quietly.

So, to answer the question: with horse racing gradually recapturing its place in the spotlight, fans of the sport can make it an integral part of their lifestyles by treating it like every other popular sport: with fanfare, hype, and pride.