Home / LIFESTYLE / REVIEWS > / FILM REVIEWS / Pickpocket is one of the stars of Robert Bresson’s brilliant constellation, which is getting a BFI retrospective. 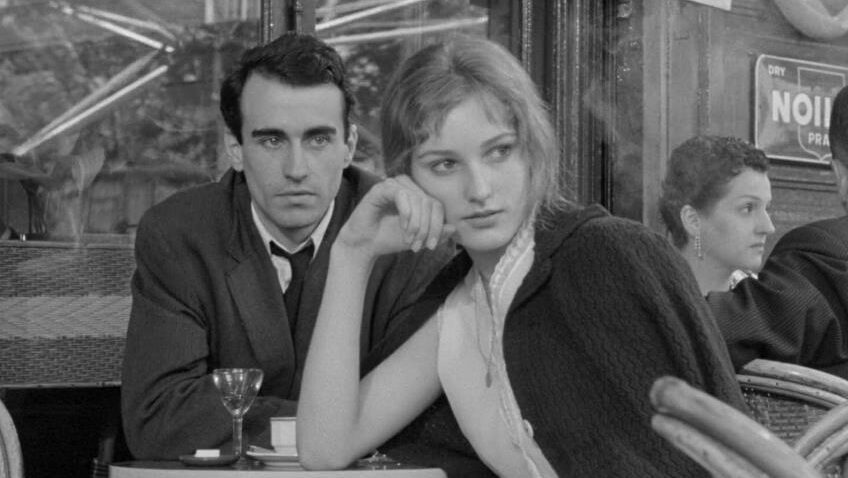 Pickpocket is one of the stars of Robert Bresson’s brilliant constellation, which is getting a BFI retrospective.

Although he lived to be 98 and was active professionally for fifty years, the French script writer and director Robert Bresson only directed 14 films. But what films! And all of them are part of the BFI’s Bresson retrospective, Sin and Salvation, that begins June 3 at the BFI Southbank. Arguably Bresson’s greatest film, and certainly representative of his minimalist, austere, intense style and use of non-professional actors, Pickpocket, will be in selected cinemas across the UK.

Though Bresson chronologically crossed paths with the younger French New Wave, the fervently Catholic director’s fifth feature has more in common with Dostoevsky’s Crime and Punishment than with Godard’s Breathless, which was being filmed in the streets of Paris at roughly the same time as Pickpocket. The leads in both films portray professional, if petty criminals, but Bresson puts the spotlight on the crime itself, and the silent montages of professional pickpockets in action remain among the most thrilling sequences in French cinema.

Michel (Martin LaSalle, a non-professional actor in 1959) lives alone in a squalid bedsit that not only suits this morose loner but demonstrates Bresson’s brilliant use of visual and psychological foreshadowing. In its austerity and feeling of confinement the bedsit resembles a monk’s cell, the first hint that Michel might be repenting for having stolen from his bedridden mother. It also brings to mind a prison cell, which Michel knows is the inevitable end to his precarious existence.

The theft from his mother a year earlier is presented only later in the film and as a fait accompli. It becomes significant because before learning the truth, Michel never imagined his mother suspected him or that the police had a connection with her.

Michel only pieces together the whole story from what he learns from a police inspector (the celebrated Algerian author, scriptwriter and actor Jean Pélégri) he meets through his friend Jacques (Pierre Leymarie) and from his mother’s kindly neighbour Jeanne (Marika Green). His mother reported the theft to the police and then, realising that the culprit was Michel, withdrew the complaint.

Michel spends his time alone making entries to his journal that may be the same as the off camera narration that Bresson uses judiciously. Michel does not steal for financial gain, but for the thrill of it, and Bresson makes that thrill palpable. The diary is both a place to record his euphoric feelings and the lessons he learns.

Michel treats his profession as a craft. He is interested in a book about the 18th century British adventurer, George Barrington, who ran away from school after stealing from his school master and, after being pardoned several times, eventually ended up in Botany Bay. He studies diligently with two accomplices he meets (played by Kassagi and Pierre Etaix respectively), who offer to teach him more sophisticated tricks of the trade, including “twosomes” and “threesomes.”

The sequences where they carry out their well-rehearsed routines in the Gare de Lyon are so masterfully executed and shot that the sleight of hand becomes a sensual pleasure. Bresson ensures that the thrill of the act is conveyed to the audience as in a superior magic show.

We hear, in voiceover, Michel narrating a trip to the racetrack and then the warning: ‘I should have left…I was walking on air with the world at my feet. One minute later I was caught.’ It is interesting that while his victims are almost always men, this time when he is caught, he has stolen from a woman – like his mother.

He is released, but for the rest of the film he is tracked by the police inspector who serves a similar purpose to Porfiry in Crime and Punishment. Like Raskolnikov, Michel tries to justify his crime with a variation on that superman theory. At one point, after Michel, the inspector (in plain clothes) and Jacques meet in a café, Jacques tells Michel that, ‘your theories do not interest him, but you interest him.’ Is Michel compensating for his feeling of inferiority or guilt with the superman theory, or does it suggest that if Michel is a school dropout, he’s a well read one?

For both Dostoyevsky and Bresson, one side of the criminal values freedom and wants to avoid capture to validate his worth, and another side longs to be caught to relieve the guilt. But Michel’s guilt about stealing from strangers in the street is different from his guilt over stealing – that one time – from his mother. Michel knows he would be bored with the jobs that his severely tested friend Jacques tries to secure for him, and he likes the danger and instant gratification of pickpocketing.

Given this inclination, the love story between Michel and Jeanne is problematic. A pretty, non-judgemental young woman, Jeanne does try to find happiness with the hardworking, caring, honest Jacques, but seems attracted to Michel who will not make her life – now with a child – easy. Her relationship with Michel might be self-destructive, but Jeanne is the only one who can offer Michel salvation. It is thanks to Jeanne that he finally sees his mother before she dies.

Jeanne is most obviously the rough equivalent of Sonia in Crime and Punishment, but Bresson’s next film after Pickpocket would be The Trial of Jeanne D’Arc, and in Pickpocket, Jeanne is a kind of martyr. Bresson opens the film with a curious disclaimer that Pickpocket is not a thriller, but it does have “the virtue of bringing together two souls who may never have met otherwise.” It might not be a traditional thriller, but can it possibly be a love story when the odds of the two souls living happily ever after are so slim?