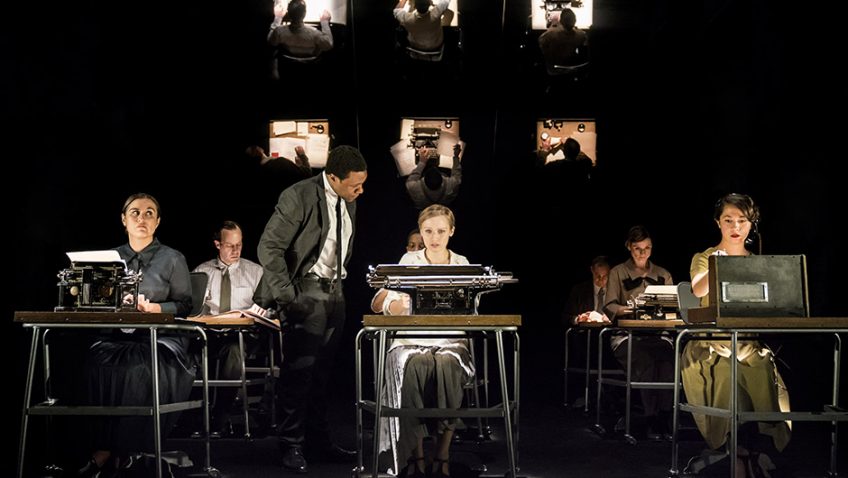 A famous feminist play from the 1920’s is revived

American playwright Sophie Treadwell’s Machinal was first produced in New York in 1928 but it did not arrive in London until 1931, delayed by difficulties of censorship.

The Lord Chamberlain objected to the intimate details of a wedding night, talk of abortion and a homosexual pick-up in a speakeasy.

The Life Machine (its London title) opened for six private performances at the Arts Theatre Club and then transferred to the Garrick Theatre. 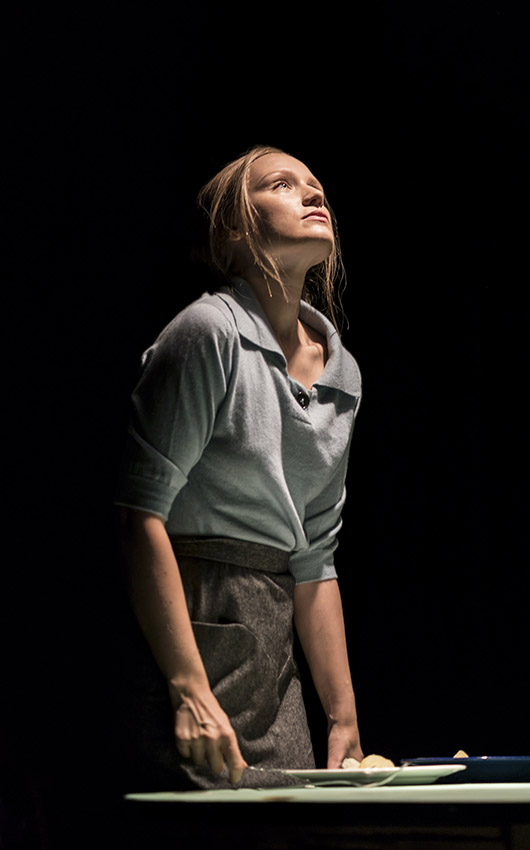 The West End management advertised the production with a lurid poster, some juicy quotes from the critics and an announcement that it was ‘for adults only’. The play ran for 178 performances.

Sophie Treadwell (1885-1970), playwright, journalist (war correspondent in World War 1), novelist, producer and sometime actor and director, was one of the newspaper reporters who witnessed the sensational murder trial of Ruth Snyder and Judd Grey.

The trial became the inspiration for her play, a feminist tract on the lot of women in a world run by men.

Machinal (pronounced Mak’in-al, the term is French for ‘mechanical’ or ‘automatic’) describes the life of a lonely, frustrated and highly-strung Young Woman who yearns for freedom.

The Young Woman is played by Emily Berrington, who is first glimpsed on a crowded underground train during the rush hour. She is next seen in a typist pool, fragile and totally crushed. She clearly has mental problems.

The play is most interesting when it is being an expressionistic comment on the dehumanising experience of modern society at home, in the work place, even in the maternity ward.

Revived now by Natalie Abrahami the production begins promisingly enough, but the play does not have the impact it had when Stephen Daldry directed it with massive scenery at the National Theatre twenty-five years ago.