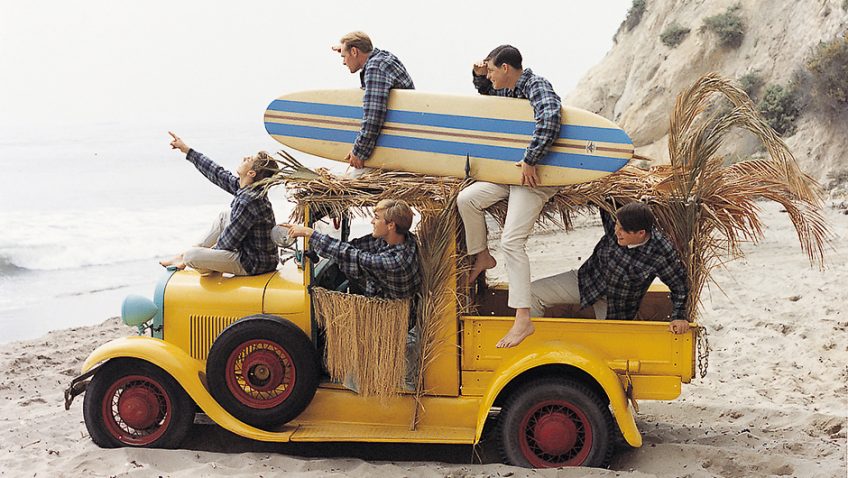 The Beach Boys are one of the most iconic bands of the 1960s. For many they epitomized the youth culture of Southern California; their distinctive harmonies and innovative sound made them one of the most influential bands of the era. The album ‘Pet Sounds’ is long remembered by many as the soundtrack to their youth.

This new album pays tribute to The Beach Boys’ artistry and innovation in an inspired new way and is a delight from start to finish, with the band’s original vocal performances skillfully paired with new symphonic arrangements by the Royal Philharmonic Orchestra. Showcasing timeless Beach Boys iconic hits from ‘Fun, Fun, Fun’; ‘California Girls’ and the utterly romantic ‘God Only Knows’ to the 1988 hit, ‘Kokomo’, the album gives a new dimension to these everlasting hits without losing the energy and vibrancy of the originals; a fitting tribute to this iconic band and the wonderful musicianship of Beach Boys co-founder, Brian Wilson, who says:

“I always knew the vocal arrangements I did back in the 1960s would lend themselves perfectly for a symphony and there is no better one in the world than the Royal Philharmonic. I am both proud and humbled by what they have created using our songs and I hope everyone falls in love with it like I have.”

You certainly do not need to be a confirmed Beach Boys fan to appreciate this album; it’s hauntingly beautiful, uplifting and joyful, and will no doubt be on many people’s play lists for many years to come. Highly recommended.

The album is released on June 8th digitally and on CD, while a double LP vinyl version will follow on August 15th.

Available to order from Amazon: www.amazon.co.uk