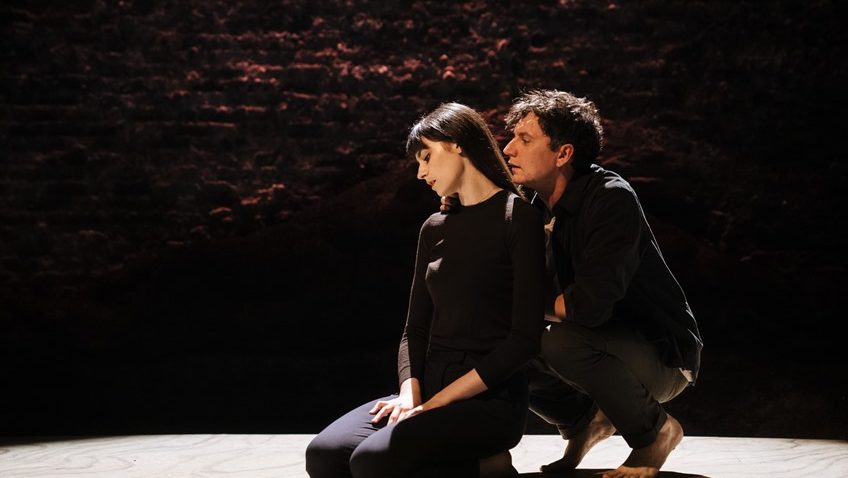 The Donmar Warehouse, revamped, opens with a new play they commissioned by Cordelia Lynn about Polish history and hostility towards Jews and shows how inherited guilt is passed from generation to generation.

Tom Motherdale gets Elayce Ismail’s production off to such a good start. It’s not only his gauche tactlessness; it’s his body language and expressive hand movements. He is very, funny, chatting up a young Jewish physicist, who is played by Abigail Weinstock in an impressive professional stage debut.

Motherdale is cast as a left-wing activist and poet. Their duologue, with its numerous blackouts to suggest time passing, covers their on/off relationship over a ten-year period. The writing is sharp. The performances are sharp. The timing and the pacing keep a firm grip on the audience. The voice-overs are pretentious and unnecessary.

The couple carry their traumas within them. Every so often he says something deeply and offensively anti-Semitic almost in spite of himself. Their volatile relationship is acted out against a deteriorating political situation. A war is coming – a war that will last 100 years.

The action in the final moments switches back in time to their ancestors in the town of Lemberg and the brutal pogrom of 1918. The epilogue feels tacked on and the transition jars. The audience finds itself in a completely different play and style.