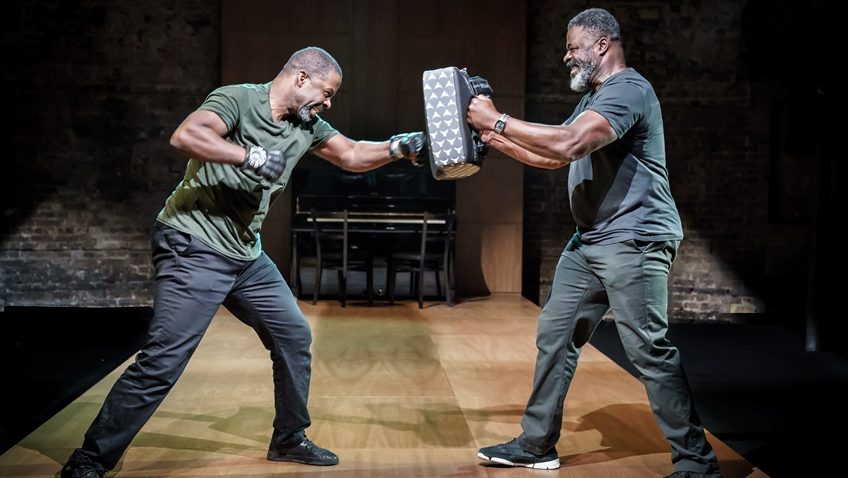 Lolita Chakrabarti and Adrian Lester, married in real life, are reunited on stage and joined by Danny Sapani for Hymn, her new 90-minute play, which was going to be performed at the Almeida Theatre last year until Covid closed theatres.

Chakrabarti is the author of Red Velvet, a play about the 19th century American black actor, Ira Aldridge, who was rejected in the US but won fame in Britain, Europe and Russia. Lester had a big success in the role.

Hymn is about what it takes to be a good father, brother and son and the message is loud and clear: we all need someone to lean on.

Gilbert delivers a eulogy at the funeral of his father, a glowing tribute to a good man, a hero, he says, who had done so much for his children. At the funeral Gilbert meets Billy for the first time who tells him they both share the same father but not the same mother. They were born within weeks of each other.

The big surprise is that there is no friction and that these two 50-year-olds become the best of friends despite their education and very different social backgrounds. Gilbert offers Billy a job which leads to a big confrontation and the best scene in the play.

Adrian Lester is Gilbert. Danny Sapani is Billy. They sing, dance, spar in the gym and keep their social distance. They both give strong performances, demonstrating their ability to convey extreme emotion without once touching each other. It’s a difficult art which actors will have to learn so long as Civid is with us. Blanche McIntyre directs.

You can find out more about the production and how to watch it by clicking this link.