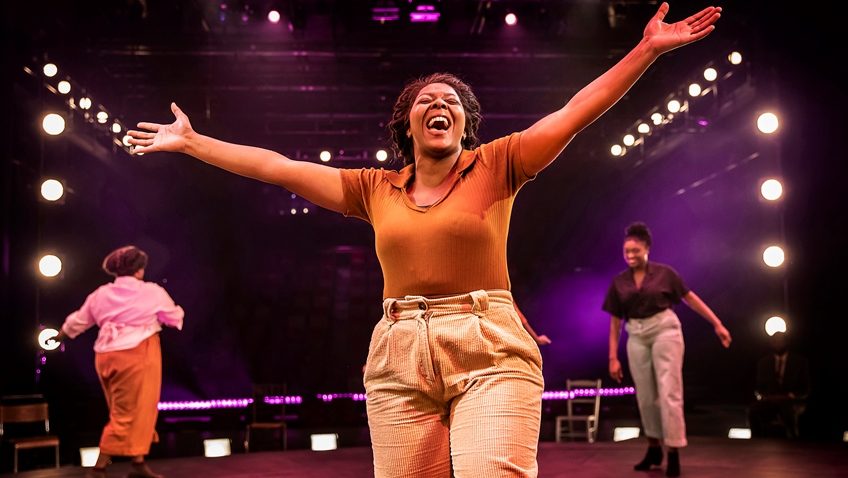 If you want to see a musical, a good place to start is The Curve Theatre in Leicester. In 2019 they had a big success with The Color Purple. Tinuke Craig has recreated his production in ten days in the round without scenery and props. The actors keep their distance, too. It’s an impressive achievement.

Alice Walker, feminist and activist, was the first African-American woman to receive a Pulitzer Prize for her novel. The Color Purple, published in 1982, tells a story of domestic violence and oppression amongst the black community in the Deep segregated South between the wars. The men come out of the story really badly. It sold over four million copies.

A film was made by Steven Spielberg in 1985 with Danny Glover, Oprah Winfrey and Whoopi Goldberg, which was much criticized for failing to do the novel justice.

Marsha Norman turned the novel into a Broadway musical. The music and lyrics are by Brenda Russell, Allee Willis and Stephen Bray. The show opened in 2005 and was nominated for ten awards. The production ran for more than 900 performances.

Celie, a 14-year-old, is raped by her step-father and gives birth to two babies, who are taken away from her. She is then married off to a man who regularly beats her and treats her like his slave. Celie, vulnerable yet surprisingly tough, is a survivor. “I may be poor, black and ugly,” she says, “but I’m here!”

A strong cast is headed by two exceptionally fine performances by T’shan Williams as Celie and Carly Mercedes Dyer as the woman she loves. The singing is great. The score, a mixture of gospel, soul, jazz and Motown, will lift the spirits. Tinuke Craig’s production deserves to reach the widest audiences.