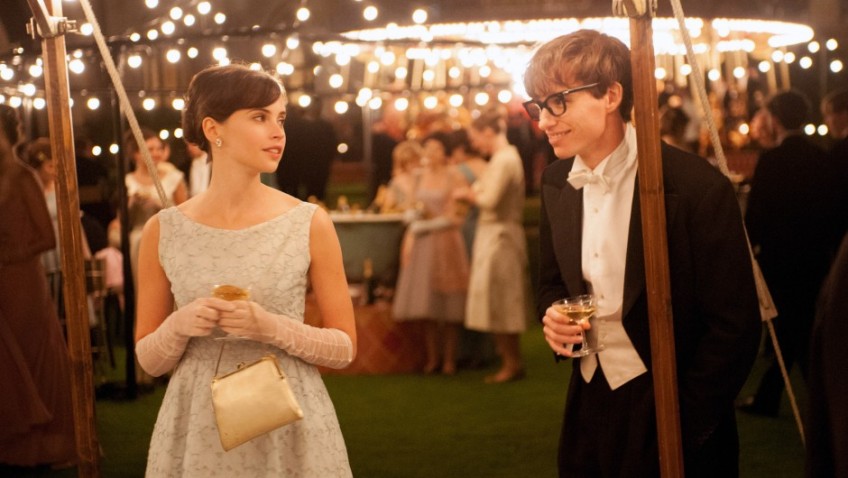 THE THEORY OF EVERYTHING (Universal) is the story of the marriage and career of Stephen Hawking who at the age of 21, whilst he was up at university, was diagnosed with degenerative neurone disease and given two years to live.

Time is the subject. He searches for an elegant quotation which will explain everything.

James Marsh’s film is notable for its understatement. Eddie Redmayne’s brilliant, nuanced performance, physically and verbally wasting away, is as amazing as it is daunting. He looks like Stephen Hawking.

Felicity Jones is deeply moving as his wife who cared for him so long. (“I have loved you. I did my best”) Charlie Cox gives admirable support as a decent friend.

Eddie Redmayne’s next role is eagerly awaited: the transgender artist Lili Elbe, who was one of the first men to become a woman in 1930. Interestingly, Redmayne made his professional stage debut as Viola (who dresses up as a young man), a role normally played these days by actresses, in Shakespeare’s Twelfth Night for Shakespeare’s Globe in 2002.