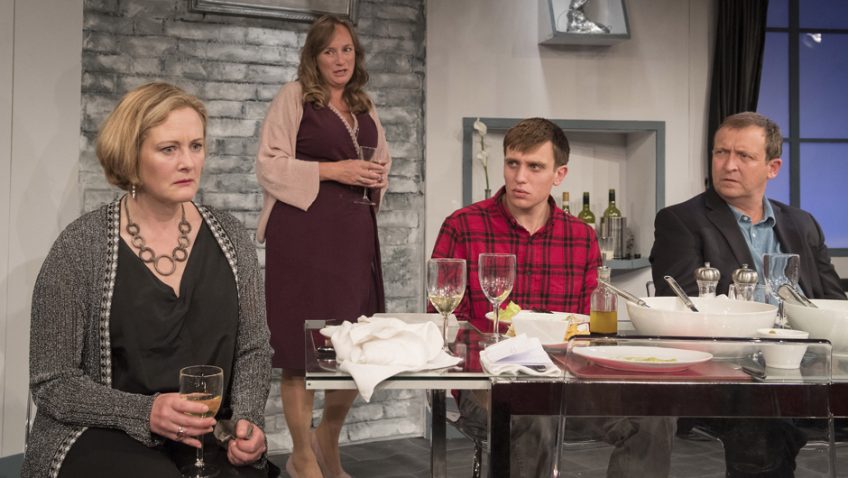 A 16-year-old boy commits suicide as a result of cyber-bullying by the boys at his school. The boy’s parents decide to invite one of the bullies and his parents to dinner in the hope of some sort of closure.

Many people would think such a meeting most unwise and have very serious reservations about its healing efficacy without professional support. 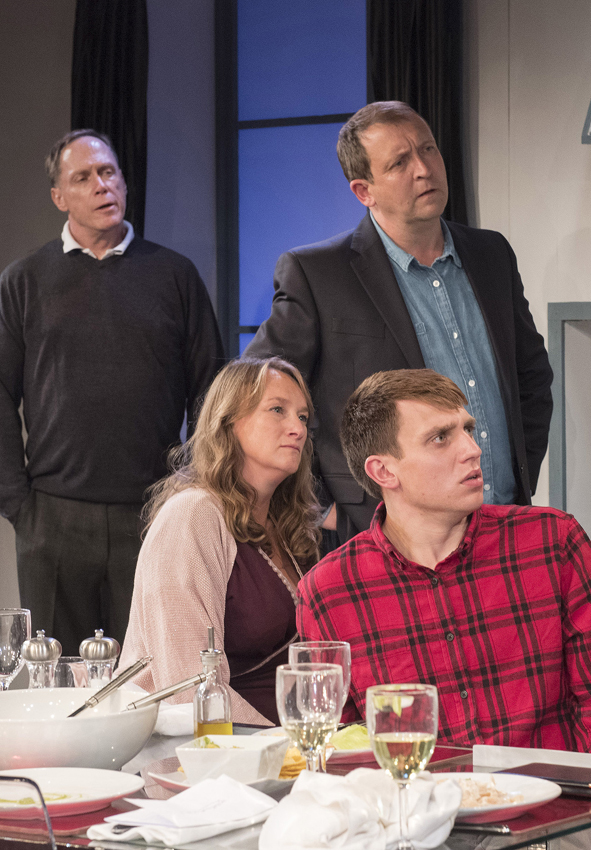 The meeting produces the dramatic clashes theatregoers will expect.

Moving letters from both families are read aloud. Mother describes how she found her son dead in the bath, his wrists slit. The bully reads his apology and recounts the recurring nightmare he has been having every night.

We learn the dead boy was gay and paraded his homosexuality, wearing dresses and eyeliner to school.

Canadian playwright Jordan Tannahill wrote this remarkable and thoroughly involving 75-minute social drama in 2011 when he was only 23. He was inspired by the suicide of an Ottawa teenager which fuelled a national debate about bullying and homophobia in schools.

Late Company is about grief and how people handle it in their different ways.

It is also about the problem of being a parent today and not knowing what to do and when to intervene and confront their children about their social and sexual behaviour.

The grieving parents failed their son, who had a long history of depression, by turning a blind eye.

The present production was staged at Finborough Theatre before transferring to the West End.

The play is so good. My guess is that the London production will lead to productions of his play in Europe and elsewhere.

I strongly recommend you see Late Company as soon as possible. It closes 16 September.