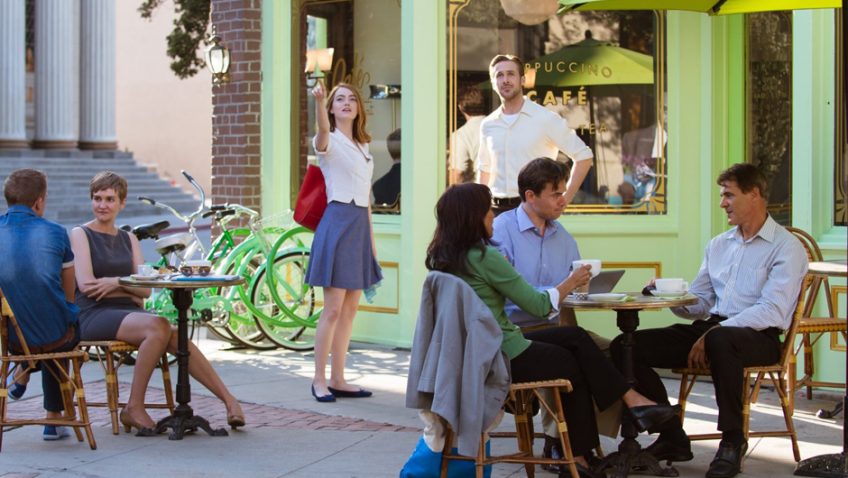 La La Land (Lionsgate) is an old-fashioned romantic musical which mixes fantasy and reality. It opens with a dance number on the L A freeway during a traffic jam. The logistics are more impressive than the choreography. A want-to-be actress and a jazz pianist have to decide whether they want love, marriage and children or a show biz career and fame. They wander through familiar film sets and familiar locations. The dance numbers are well below the standard you would have got from Hollywood in its 1940s and 1950s musical heyday. They would have got real singers and dancers, too, rather than this tentative imitation. Ryan Gosling and Emma Stone can’t really sing and tap-dance. The film, pleasant enough, never deserved all those Oscar nominations and thank goodness it didn’t win Best Picture Award.

The Informer (BFI) is a major silent 1929 British film, directed by Arthur Robison and is precursor to the John Ford 1935 sound version. The story, based on a novel by Liam O’Flaherty and set in the newly independent Ireland in 1923, is first-rate melodrama, a story of betrayal and redemption. A man kills the chief of police by mistake in a shoot-out with rival political factions. He goes into hiding but comes back to see his girl friend and mother before leaving for America. His best friend informs the police where he is. Swedish Lars Hanson, a major star of the silent era and a distinguished stage actor, plays the Informer. Hungarian Lya de Putti plays the girl friend.

The Goddess (BFI) is a major work in the Chinese silent film era. Directed by Wu Yonggang it presents a social problem and exposes society’s deep prejudice. The goddess is a prostitute and a single mother of a little boy. A pimp steals all her money and gambles it away. She is keen for her son to have an education. Parents and governors want the child expelled saying his presence compromises the honour of the school. A compassionate headmaster pleads for the dignity of the mother and the child but he is overruled. Lingyu Ruan, a hugely popular Chinese actress (who died very young) gives a performance which is subtle and powerful.

It’s Only the End of the World (Artificial Eye). Don’t be fooled by the jaunty title. This French Canadian film, which won the Cannes Grand Jury Prize, is not a comedy. A 34-year-old gay playwright returns home, having not seen his self-obsessed, dysfunctional family in 12 years. HIV positive, he intends to tell them he is dying. But will they listen? The acting is excellent. Gaspard Ulliel is the playwright, Nathalie Baye is his mother, Vincent Cassel is his brother, Marion Cotillard is his brother’s wife and Léa Seydoux is his sister. Xavier Dolan directs in intense, claustrophobic close-ups. The bitter confrontations and reproaches escalate.

Hard Times (Eureka) is set during the Great Depression and is about a loner, an itinerant bare-knuckle fighter and his manager who are trying to make a living the only way they know how. Will they be good for each other? Charles Bronson, taciturn, impassive, sleepy-eyed, 54-years-old, and still in good muscular shape, is a man of few words. Director Walter Hill likes characters with no back story. Released in 1975. the film was Hill’s directorial debut. The acting is good and the boxing sequences are brutal. James Coburn is the boxer’s manager, a sharp charmer. Strother Martin is his sidekick, a quack doctor.