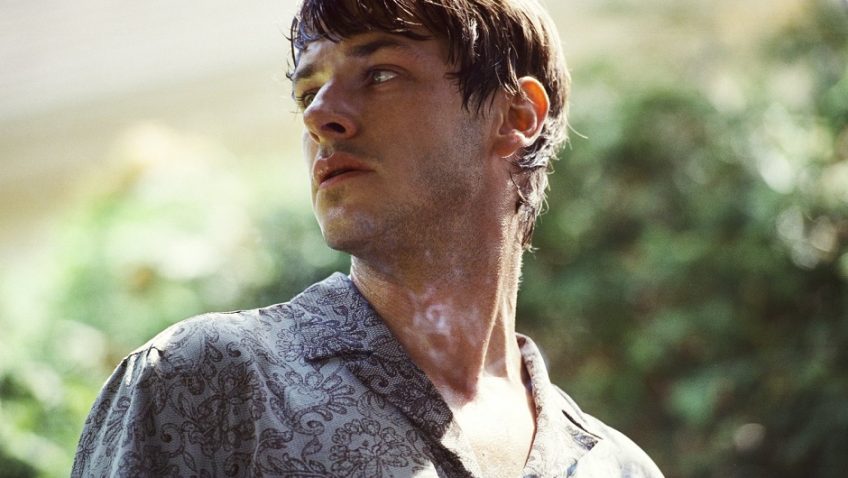 Joyce Glasser reviews It’s Only the End of the World

Thanks to actor-turned-producer/writer/director/editor/costume designer Xavier Dolan, Canada is not just a more affordable alternative to filming in the USA, but the home of films such as Tom at the Farm and Mommy, Canada’s foreign language (he’s French/Canadian) entry to the 2015 Academy Awards. Now 27, Dolan has been making features about young men with gender and family issues since he was 19, and his latest, It’s Only the End of the World  is, in that respect, no different.

What is different is that the film is based on a play by Jean-Luc Lagrace and that, though filmed in Canada, its ensemble cast includes four of the most bankable French movie stars around. The film won the Grand Prix at last year’s Cannes Film Festival and Dolan certainly knows how to create a dysfunctional family with style. But, unlike the engaging and convincing Mommy, It’s Only the End of the World feels like penance or pretence more than entertainment. This is a shame as the film has a great cast and a potentially powerful premise and message.

The film begins with a caption ‘somewhere, a while ago already.’  You could imagine that the family home is in provincial France and the estranged 34-year-old Louis (Gaspard Ulliel), a now famous playwright with a terminal illness, has returned from Paris after 12 years.  In transit, Louis tells us that he is returning home to announce his death in person ‘to give the others and myself, one last time, the illusion that I am, until the end, master of my life. Let’s see how it goes.’   It doesn’t go well. 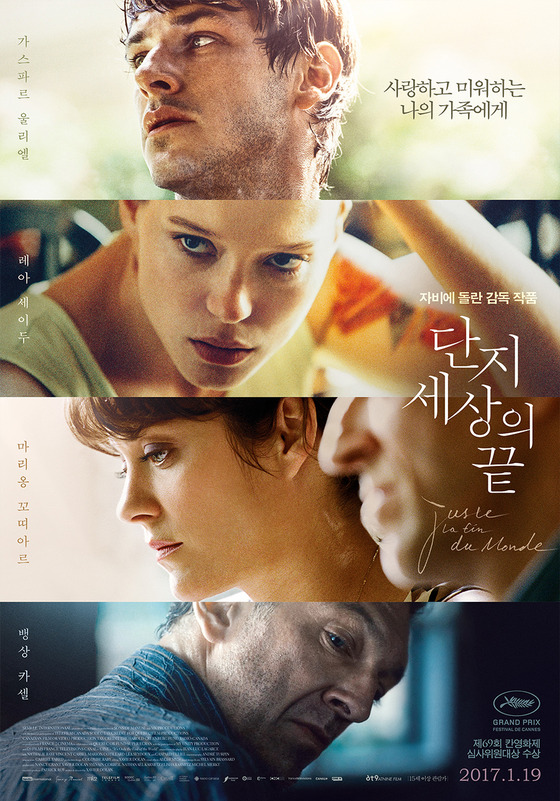 Mother Martine (a welcome return to the screen by the great Nathalie Baye), dolling herself up with blue eye shadow and matching nail polish, is overdoing it in the kitchen, too, preparing hors’ d’oeuvres like there’s no tomorrow, which may be the point.  The family starts arguing long before Louis arrives, and his decision to take an expensive taxi rather than call for a lift, introduces judgmental tension into the gathering from the outset.

Martine expresses surprise that Louis doesn’t know his sister-in-law, the angelic Catherine, a housewife and mother of two who is self-effacing to the point of being vapid. Martine is jumped on immediately for not remembering that Louis, who sends greeting cards and postcards, was not present at the wedding.

Louis’ elder (by some 15 years!) brother Antoine (Vincent Cassel), a tool maker with serious inferiority issues, starts berating his wife for engaging in a one-sided conversation about her children.  Antoine maintains their kids are of no interest to his brother.  He is cruel, but he has a point as Catherine, though friendly and passively sweet, is both boring and irritating. The pretty drug-taking, restless Suzanne (Lea Seydoux) positively snarls and snaps at Antoine in defence of the brother she barely knows, but already looks up, if only as a means of escape.

Throughout the film, we have to determine whether the various characters know that Louis is gay and/or dying. There are hints, dotted throughout the script, and every now and then Martine and Antoine ask Louis just why he came home, as though to force the issue out.  On three occasions we come frustratingly close.

but the only time Louis becomes anything more than a dramatic device is during a brief telephone call to his partner back home.

Louis’ response to the bickering, words of kindness, insults and to the embarrassing arguments and awkward moments is a condescending, phoney half-smile that, whether intentional or not, conveys an air of superiority.  We feel that Louis is not so much engaging with his family as humouring and pitying them. Since Dolan’s regular cinematographer Andre Turpin shoots Louis almost exclusively in tight close-ups, this smile seems to be more irritating to the viewer than to the family.

In all fairness,  Dolan has Turbin shoot everyone in close-up to emphasize the claustrophobic nature of the gathering. It is to Dolan’s credit that although shot almost entirely within the confines of the non-descript family home, the film never feels like a stage play, but the claustrophobia is an essential part of the setting.

Cotillard, who is now a star on both sides of the pond since winning a Best Actress Academy Award for La Vie en Rose is miscast.  There are not many roles that this versatile actress cannot play, but here she comes across less as a sympathetic victim with a real connection to Louis than as someone inconsequential and annoying.  It is difficult to tell whether Baye is overacting or just being obnoxiously evasive as though if she smothers Louis and talks all the time, he will be unable to tell her what she does not want to hear.

During his phone call to his partner, Louis’ vulnerability and humanity come across for the only time in the film. ‘I’ve been here an hour,’ he argues defensively. ‘I can’t just shove it in their face….I don’t know. Over lunch or perhaps dessert and coffee. When the moment is right.’  That the moment is never right could be the point of the film.  Life is not one of his perfect plays. It is a messy, imperfect compromise in which those around you are not always receptive to your entrances and departures. If you wait for the right moment you are waiting for death.

The title offers a glimpse into what the film could have been. With its apocalyptic ‘end of the world’ and the enigmatic ‘only’ it brings to mind Bob Dylan’s song, It’s Alright Ma (I’m only Bleeding). That song’s line, ‘he not busy being born is busy dying’ is echoed in the closeted, death-like lives of all the characters. Louis, though a famous playwright, tells his family, ‘I don’t go out much,’  and he is, quite literally, busy dying. Dylan’s song ends with the verse, ‘But it’s alright Ma, it’s life and life only,’  an oxymoronic line that it is at once sardonic, ironic, bitter and comforting. In one scene where Louis and his mother embrace, you almost hear him whispering that verse in her ear.