Home / LIFESTYLE / REVIEWS > / THEATRE REVIEWS / Young and old punks. if they leave their critical faculties at home, may enjoy Jubilee 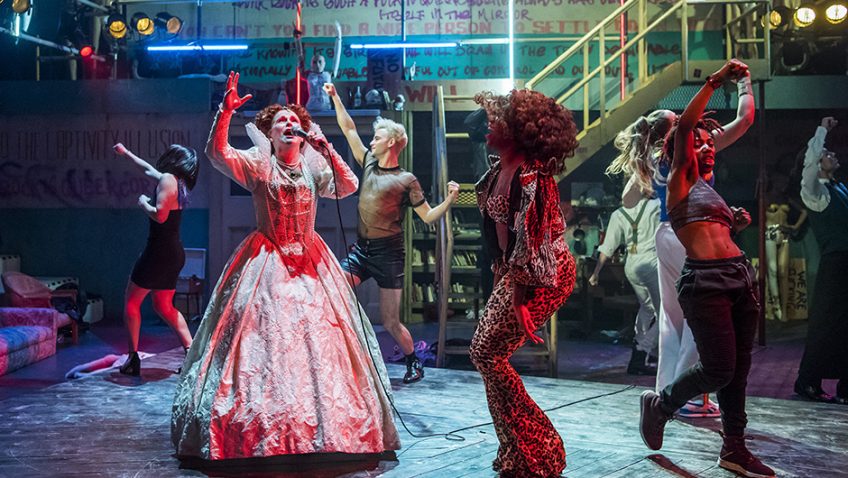 Young and old punks. if they leave their critical faculties at home, may enjoy Jubilee

Derek Jarman (1942-1994) director, artist, writer and outspoken champion of gay rights, came to the fore with his low-budget film, Sebastiane, acted in Latin (with English sur-titles) and in the nude because he had no money for costumes.

Jarman celebrated Queen Elizabeth II’s Jubilee with a low-budget, outrageous, misogynous, punk movie in which Queen Elizabeth I had a vision of what had happened to her kingdom 400 years later. 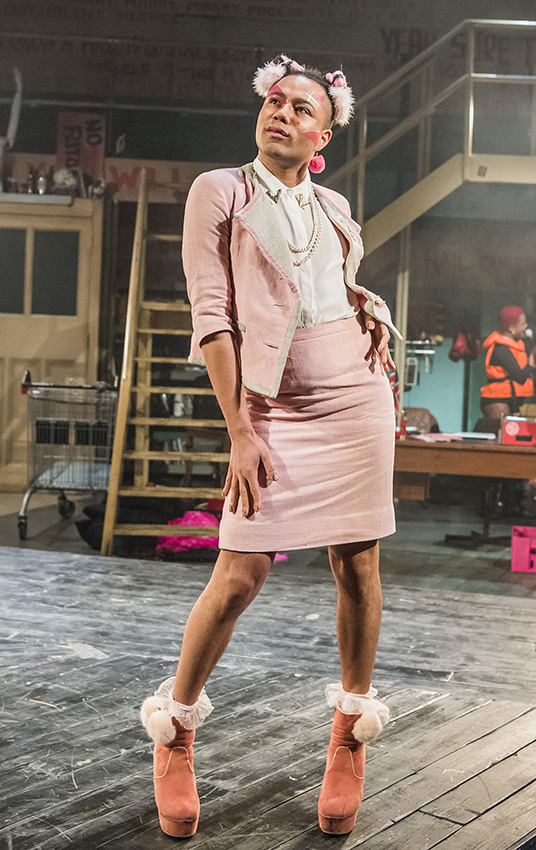 The country is overrun by butch punk girl gangs who murder males: stab, castrate and suffocate them with plastic sheets.

The film cast included Adam Ant, Jordan and Toyah Willcox and was shot mainly on location down by the Thames, in and around the derelict buildings of Butler Wharf.

The film was released in 1978 to mainly bad reviews, the public and critics finding it chaotic, masochistic, disgusting, lurid, yobbish, nihilistic and boring.

Jarman would go on to make much better films, such as Caravaggio and Queer Edward II.

Chris Goode, associate of the Royal Exchange, Manchester, where his adaptation and production of Jubilee premiered, writes in the programme thus: “If this show is too messy or two rude for your taste please know that for us to feel bad about that would be the worst kind of unfriendliness and vulgarity.”

The production is very messy and largely incomprehensible. (Some members of the audience did not return after the interval.) The diction is poor. The acting is poor. There is a lot of nudity for nudity’s sake.

The actual script only engaged me once and that was late in the second act when we were given a very long list of all the things that are not working today: capitalism, communism, social democracy, religion, heterosexuality, nuclear families, gender, postmodernism, industry, free movement, etc, etc. The list goes on and on and it is wittily delivered by Travis Alabanza.

The film was notable for its violent urban landscape and the high spot was Jordan’s vulgar miming to a reggae version of Rule Britannia. The high spot of the stage show is Alabanza doing the same mime routine, waving a huge Union Jack and doing all sorts of crude things with the flag’s stick.

40 years on Toyah Willcox is still with Jubilee. She is now cast as Queen Elizabeth I and spends most of her time in the auditorium’s royal box and only right at the very end of the show does she get a chance to sing. “I want to be free” is another high spot.