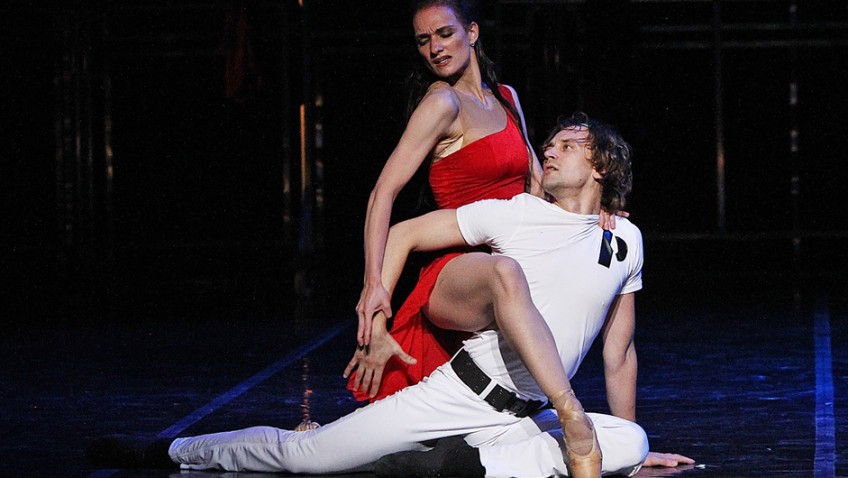 Robert Tanitch reviews Her name was Carmen at London Coliseum.

The ballet is danced in support of international aid organisation Oxfam and their Stand As One campaign which calls on world leaders to keep refugees safe, supported and with their families. Irina Kolesnikova travelled to refugee camps in Macedonia and Serbia and did her research.

Kolesnikova is Carmen. The soloists and corps are from St Petersburg Ballet Theatre. Dimitry Akulinin is Jose, a nice policeman. Yuri Kovalev is Garcia, a jealous smuggler.

Bizet’s music provides the drama but there is no drama on stage. The production, which is deeply unmoving, feels as if it still in the workshop stage.

Another problem is that nobody looks like a refugee either in dress or dance. There is no urgency, no plight, and no heartrending refugee tragedy. The movement is often just padding. The choreography is by Oga Kostel

It’s a bit silly that Jose should go dancing with Carmen after she has been knifed by Garcia. He’s a policeman and should at least be attempting to get her to a hospital as quickly as possible.

One pound of every ticket sold is going direct to Oxfam Refugee Crisis Appeal.