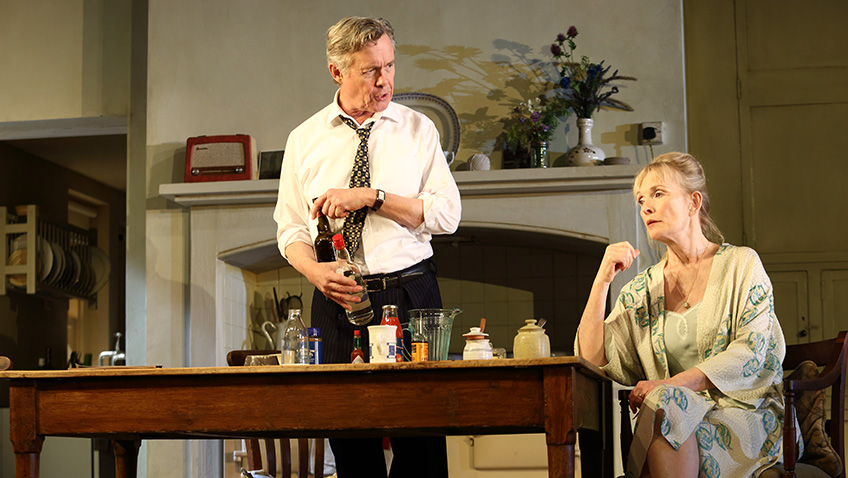 Alex Jennings and Lindsay spar in a new political play

The National Theatre advertises actor Simon Woods’ debut play as a witty and devastating portrait of the governing classes.

Hansard is a verbatim record of what a middle-aged upper class married couple, living in the Cotswold, said during one of their regular political rows.

The couple are played by Alex Jennings and Lindsay Duncan, experts in high comedy. 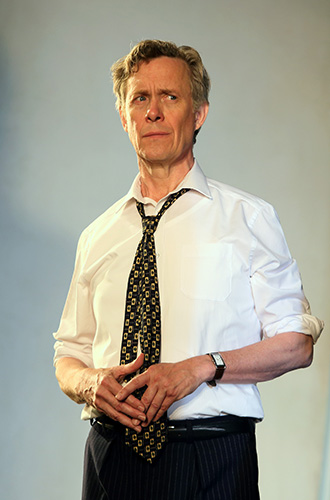 It is always enjoyable to watch the spats of witty lovers, such as Beatrice and Benedict in Shakespeare’s Much Ado About Nothing, Millamant and Mirabell in Congreve’s The Way of the World, and Amanda and Elyot in Noel Coward’s Private Lives.

Simon Wood’s lucid, caustic, destructive 90-minute vendetta without interval feels as if it could at any moment become as nasty as August Strindberg’s Dance of Death.

The couple’s mutual contempt is built on their mutual love. They are both vulnerable and they need each other in the same way that Martha and George in Edward Albee’s Who’s Afraid of Virginia Woolf? Need each other.

Hansard is a political debate. The husband is an Old Etonian Tory junior minister, a firm supporter and admirer of Margaret Thatcher. His wife is a left-winger, liberal, alcoholic, who wanders round the house all day in her dressing-gown.

It is through her that Wood lambasts the privileged, callous, disdainful upper classes who continue to dominate and contaminate politics.

It seems (I quote) the nation “has an insatiable desire to be ******* by Old Etonians.” Wood went to Eton and Oxford.

A major topic is sexual orientation. The play is set in 1998 when the notorious Section 28 local government bill, which forbade schools from promoting homosexuality or gay pretended family relationships, was enacted.

The Lyttleton stage is a big space for two actors to fill; but Jennings and Duncan, directed by Simon Godwin, hold the audience’s attention completely.

Hansard will be broadcast live to over 700 UK cinemas and many more worldwide on 7 November.