Home / SLIDER / Yes, Hamilton does live up to the hype 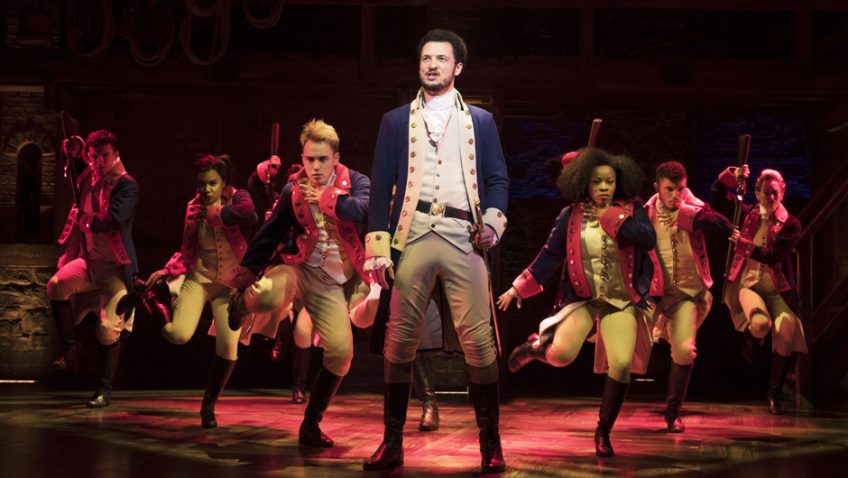 Yes, Hamilton does live up to the hype

Hamilton, a huge critical and box-office success in America, arrives in London, having won 11 Tony Awards including Best Musical, the 2016 Pulitzer Prize for Drama and the 2016 Grammy Award for Best Musical Theatre.

Victoria Palace, built by famed theatre architect Frank Matcham in 1911, has been rebuilt, renovated and refurbished for its much-hyped UK premiere. 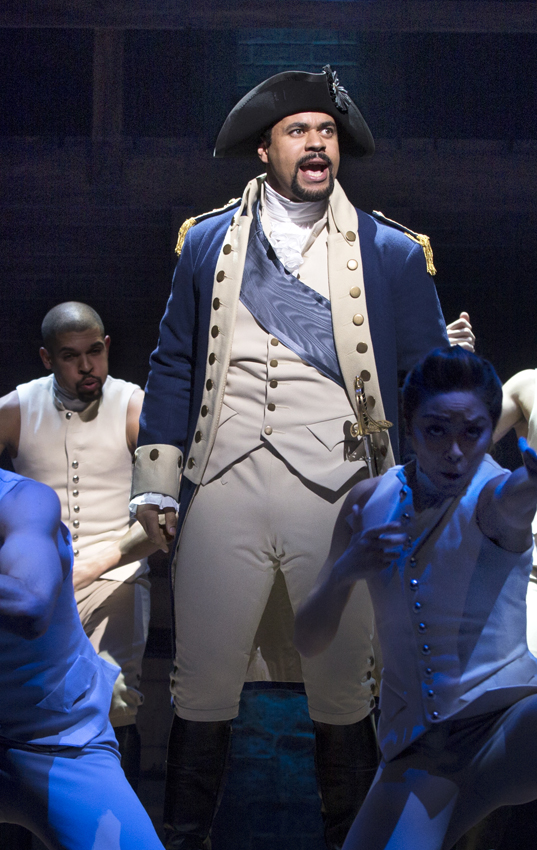 Hamilton is about the founding of the USA and concentrates on the rise and fall of one founding father in particular, Alexander Hamilton, leader of the Federalist Party.

The book, music and lyrics are by Lin-Manuel Miranda, who also played the leading role on Broadway.

The show, based on Ron Chernow’s biography of Hamilton, is entirely sung through. The score blends rap, hip-hop, jazz and R&B. The rap gives the narrative its driving force. But it isn’t all rap. There’s Broadway musical theatre and heartrending ballads, too. The singing is very impressive.

Alexander Hamilton (1757-1804), an orphan immigrant from the West Indies, became George Washington’s right-hand man during the War of Independence. The first act covers the revolution and the expulsion of the British. The second act is about Hamilton’s personal and political life. As Secretary to the Treasury he secured the country’s finances and he was instrumental in establishing the USA in its present political form.

What makes the musical special is that all the famed politicians are played by black actors. Jamael Westman is Hamilton, tall, proud, intelligent and very articulate. “I’m just like my country,” he says. “I’m young, scrappy and hungry, and I am not throwing away my shot.”

Aaron Burr, Hamilton’s boyhood friend and nemesis (he kills Hamilton in a duel) is played by Giles Terera, who also acts as narrator. Obioma Ugoala is George Washington. Jason Pennycooke doubles as Lafayette and Jefferson. The actors are excellent.

The women in Hamilton’s life include his neglected wife (Rachel Ann Go), his wife’s sister and his mistress (Rachel John) and Maria (Christine Allado), a sex scandal, which caused his downfall.

King George III is a joke and played for farce by Michael Jibson, who gets lots of laughs.

Hamilton is well worth seeing. The performance lasts 2 hours 50 minutes including interval.

Patrons can apply for a maximum of two £10 Lottery tickets via the official HAMILTON App or online. Each lottery will open at 4pm and close at 2pm the following day. Within an hour of each lottery closing and after the random selection of winners, all entrants will be notified either through the app or by email with successful entrants receiving details of how to claim and pay for their lottery tickets. To download the app or for further details, visit www.hamiltonthemusical.co.uk. 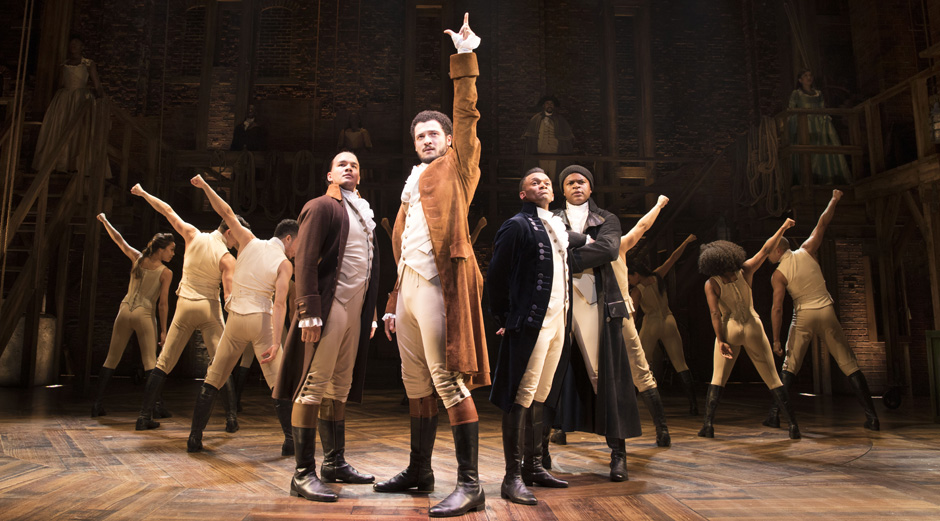