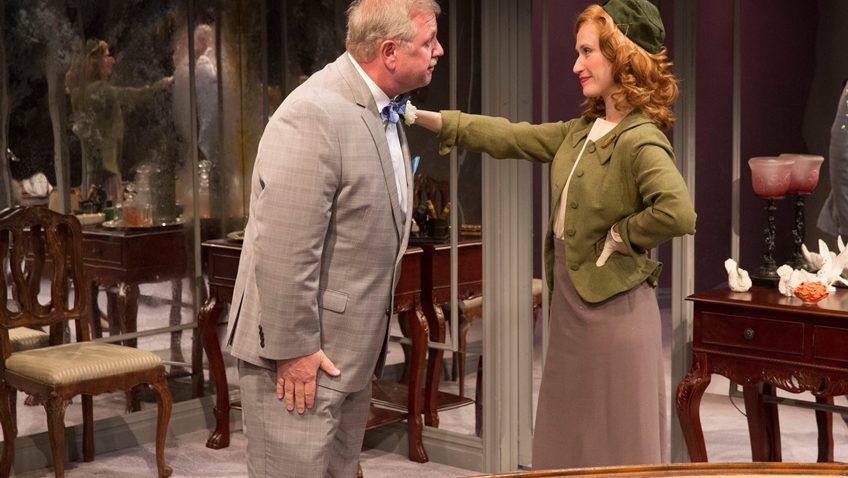 George Kelly’s The Fatal Weakness premiered in New York in 1946 with Ina Claire in the lead role. It was not seen again until The Mint revived it in 2012 in a production by Jesse Marchese with an extremely expensive-looking set by Vicki R Davis.

A woman (Kristin Griffith), married for 28 years, suddenly discovers her husband (Cliff Bemis) has been cheating on her. Her daughter (Victoria Mack), whose four years marriage has been going through a difficult patch, has not seen her husband (Sean Patrick Hopkins) for four days.

The chatter-chatter dialogue and the characters failed to engage me. I sat there, wondering if George Kelly (1897-1974), uncle of Princess Grace of Monaco, had written anything better.

The high spot in Kelly’s career, according to Brooks Atkinson, the most respected theatre critic of his generation, was The Show-Off, a comic caricature of American business life, which ran for 575 performances in 1924 and which many thought should have won the Pulitzer Prize for Best Play.

Kelly did win the Pulitzer Prize in 1925 for Craig’s Wife, a savage study of a neurotic wife whose selfish behaviour drives husband, servants and neighbours away, finally leaving her completely abandoned. Though he wrote many more plays, he never again repeated the success of these two.

You can find out more about The Mint Theatre by clicking this link.