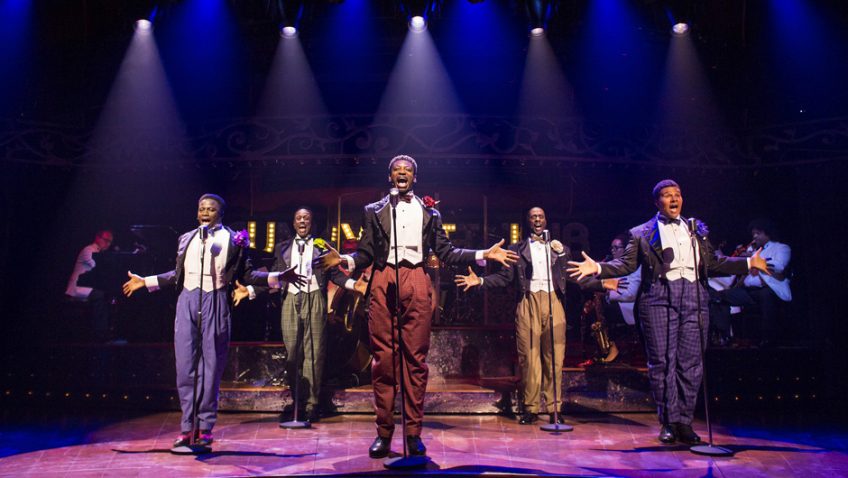 Clarke Peters’ Five Guys Named Moe opened at Stratford East in 1990, transferred to the West End, won the Laurence Olivier award for Best Entertainment and ran for over 1,000 performances. It was a major turning point in Peters’ career and he is back, this time directing it. Audiences eager to have a good time should make their way to the pop-up theatre on the traffic island right next to the actual arch.

From 1571 to 1783 the public used to go the same site for one of the best entertainments London could offer, namely the public hanging of criminals, traitors and Roman Catholic priests. Death could take up to three quarter of an hour. The executions at Tyburn Tree, as it was then called, could attract huge crowds.

The hanging of highwaymen, such as Claude Duval in 1670, Jack Sheppard in 1724, Jonathan Wild in 1725, James MacLaine in 1759 and John Rann in 1774 were blockbusters. Special stands were erected for the occasion. Highwaymen could always be relied on to give a good farewell performance.

Today the entertainment on offer is equally popular but more family orientated.

Marble Arch Theatre is a spiegeltent and can seat 600. The foyer has been turned into 1940’s jazz bar. The auditorium has rows of seats in a semi-circle and seats at tables in the centre. Those who sit at tables are encircled by a catwalk which is also a travelator. Five Guys Named Moe is a tribute to the black American musician, songwriter and bandleader Louis Jordan (1908-1975), the “King of the Jukebox”, musical father of Chuck Berry and Bill Hayley and therefore the grandfather of rock ‘n’ roll itself. The show is a celebration of his music, not his life.

A man, who is having difficulties with his girl friend, is at home, listening to an old‑fashioned radio, when five Moes explode into his room to give him some advice on how to treat women.

There is no story as such, just cues for songs: Brother Beware, I Like ‘Me Fat, I Know What I Got, What’s The Use Of Getting Sober When You Are Going To Get Drunk Again?

And cues for more songs: Ain’t Nobody Here But Us Chickens, Don’t Let the Sun Catch You Cryin’, Is You Is Or Is You Ain’t My Baby and still more. It’s a fun show.

The songs are sung, danced and acted by Edward Baruwa, Ian Carlyle, Idriss Kargbo, Dex Lee, Horace Oliver and Emile Ruddock, a talented ensemble with funky brio. The dance routines, choreographed by the inventive and witty Andrew Wright, are executed at speed.

For those who enjoy audience participation, there are also opportunities to sing-a-long and to conga in the aisles.