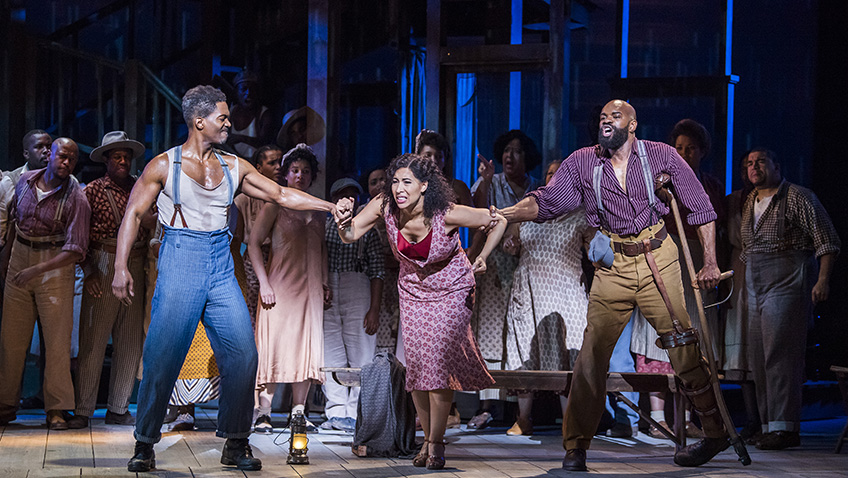 The choral singing in Porgy and Bess is absolutely terrific

ENO stages Porgy and Bess for the first time in a co-production with the Metropolitan, New York and Dutch National Opera.

George Gershwin wanted to write an opera based on DuBose Heyward’s novel the moment he read it in 1926; but he had to wait until a stage version finished its run and the show did not open in New York until 1935, following a try-out in Boston. 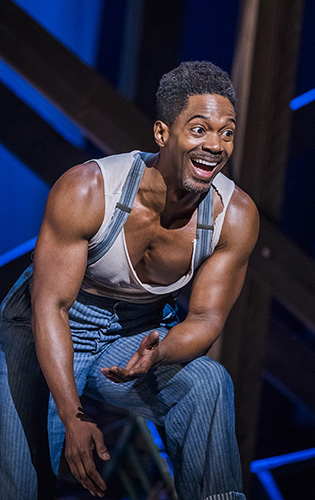 The music and drama critics were divided about its merits, unable to decide whether they were watching a musical or an opera. It ran for 124 performances, which may be poor by Broadway musical standards but was absolutely amazing for an opera.

Today Porgy and Bess is recognised as an American classic and has been produced in opera houses and theatres all over the world and made into a film.

Its success lies not only in the rich, vigorous and compassionate score, but also in its powerful and emotionally involving story-line, which includes murder, rape and hurricane.

John Wilson conducts and James Robinson directs. The opera offers a vivid portrait of the life of a black community in Catfish Row, a crumbling tenement mansion on the waterfront in Charlton, South Carolina, during the Roaring Twenties.

Can humane, selfless, disabled Porgy (Eric Greene) save Bess (Nicole Cabell) from the clutches of her brutal lover Crown (Nmon Ford) and her vindictive dope-dealer or will she continue a life of prostitution? They have a great duet: You is My Woman Now.

Sporting Life (Frederick Ballentine), the dope-dealer, is a character straight out of a Broadway musical. His solo, “It ain’t necessarily so”, and the number he shares with Maria (Tichina Vaughn), who threatens to cut off his balls with a carving knife, are pure vaudeville.

When you hear Porgy and Bess, with its thrilling big ensembles, you cannot help but think of the operas Gershwin might have written had he not died so tragically young at 38.

Why are his lighter works – Strike Up the Band, Of Thee I Sing, Let Them Eat Cake and Girl Crazy – not revived? 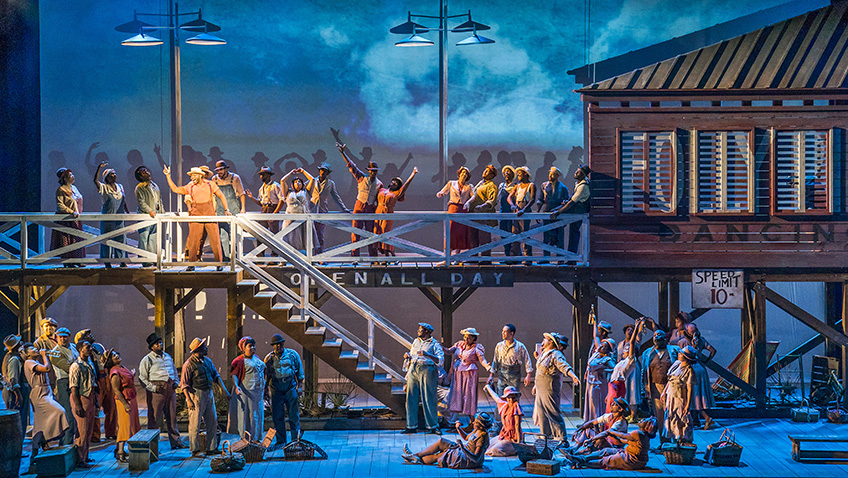 The cast of ENO’s Porgy and Bess