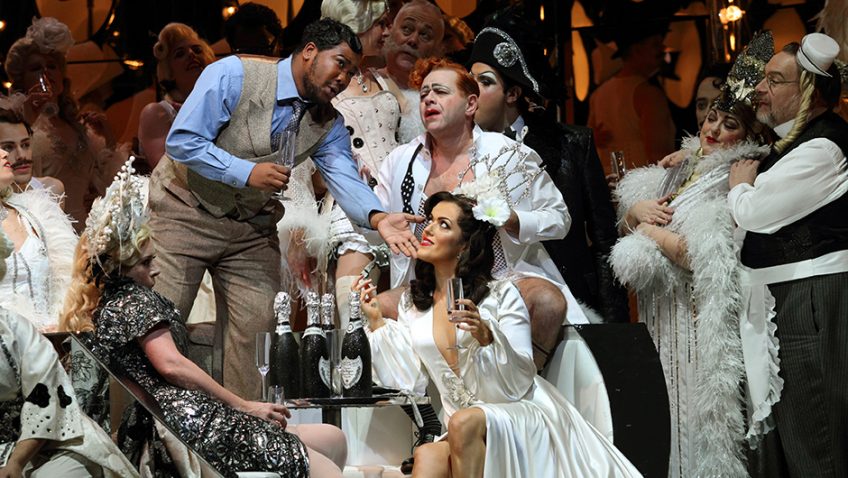 Verdi looking for something “simple, moving and passionate” decided on Alexandre Dumas’s semi‑ autobiographical La Dame aux Camelias which was having a success de scandale in Paris in 1852.

The courtesan, with a heart of gold sacrificing herself for the man she loves and dying of consumption, is the very stuff of which romantic dramas are made. 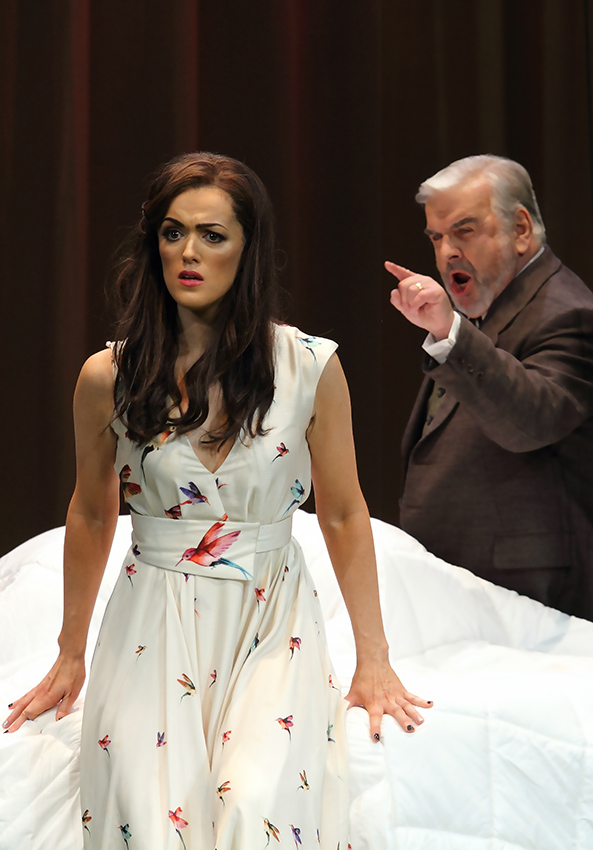 Dumas’s popular tear-jerker was inspired by his affair with the notorious courtesan, Marie Duplessis, whom he shared with many others, including his father, and who died when she was only 23.

Violetta and Alfredo get lost in the melee, so crowded is the already cluttered stage. The chrome glitz, designed by Lizzie Clachan is so glitzy you might be in Las Vegas.

You will remember Violetta ran out of money and had to sell all her possessions, which may explain why her country house is sparse and consists only of a swinging bed, a flower-bed and a big circle of green turf. Alfredo, absurdly, does some gardening and Violetta, even more absurdly, lifts the turf as if it was a carpet and gets under it.

The death scene takes place not in a bedroom but strikingly in Violetta’s feverish expressionistic imagination. She is in a graveyard digging her own grave. When Alfredo arrives they behave like children.

I enjoy the music and singing more than the production. The conductor is Lee McFall also making his ENO debut.

The performance which moved me most was Alan Opie as Germont, Alfredo’s father. The most poignant moment is his public condemnation of his son’s despicable Behaviour. Alfredo had just thrown all his money in Violetta’s face.

Verdi’s tremendous Act II Scene 2 ensemble which follows is musically so thrilling I didn’t want it to end.