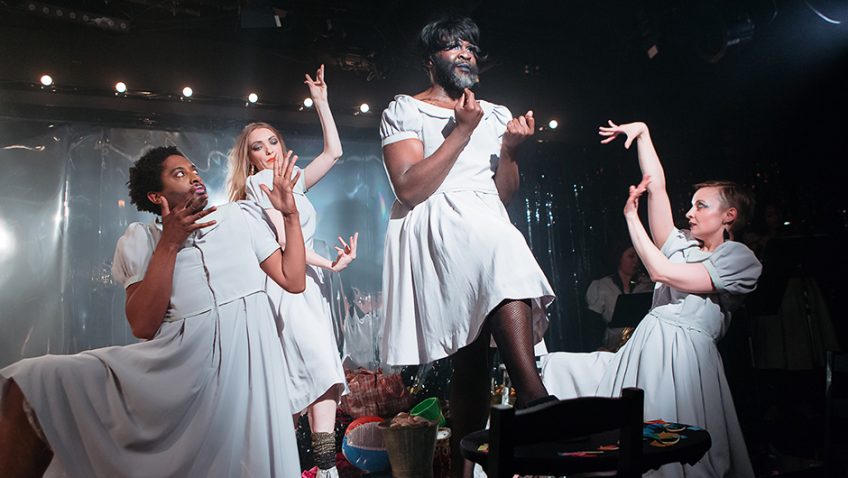 Effigies of Wickedness is a joint production between the Gate Theatre and English National Opera and presents cabaret songs banned by the Nazis in the 1930s.

The Weimar cabaret scene immediately conjures up images of Otto Dix, Marlene Dietrich in The Blue Angel and Christopher Isherwood’s Berlin Stories with Sally Bowles and the Bob Fosse film of the Joe Kander and Fred Ebb musical with Liza Minnelli and Joel Grey. 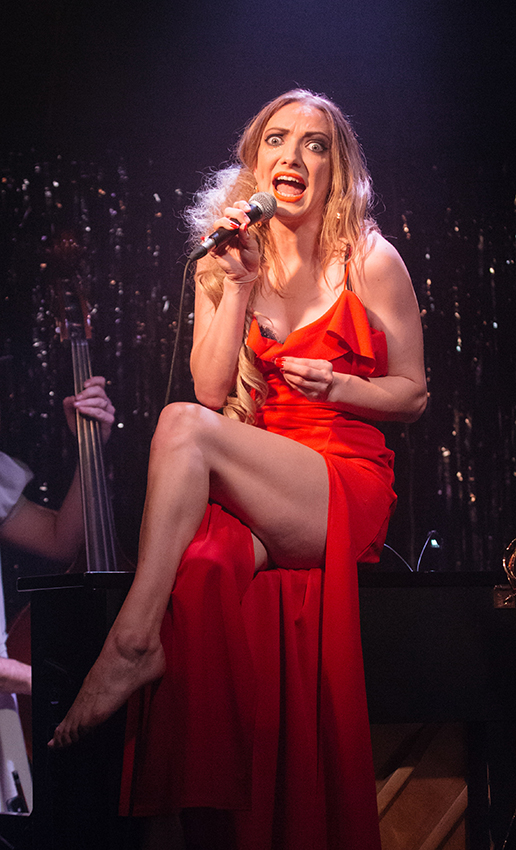 Lucy McCormick in Effigies of Wickedness

German audiences in the 1920s and 1930s would come to the cabaret expecting something subversive, degenerate, political, grotesque, queer and transvestite with plenty of sexual innuendo and possibly a bit of nudity.

When Hitler came to power in 1933 the Nazis closed the cabaret restaurants and nightclubs, banned the songs and arrested the performers. Jewish and Negro music were no longer allowed.

There was a Degenerate Music exhibition in Dusseldorf in 1938 featuring booths where you could listen to music by banned composers, such as Berg, Schoenberg, Eisler, Stravinsky, Weill and Oskar Straus. These so-called musical “effigies of wickedness” were dismissed as atonal and insipid and were used as propaganda to outrage the public and encourage anti-Semitism.

Dramaturg Christopher Green says cabaret should be messy, hard to get hold of, restless and shifting. Ellen McDougall’s very intimate production is deliberately chaotic and Ellan Parry’s design is way over the top: all glitzy black with distorted mirrors and exaggerated costumes.

McDougall describes the production as a musical celebration of difference, diversity and freedom of expression.

The 85–minute show is performed by four jazz musicians and four talented singers: two from opera, mezzo-soprano Katie Bray and baritone Peter Brathwaite (who had the idea for the show) and two from cabaret, the burly bearded drag artist Le Gateau Chocolat and Lucy McCormick with her comic, dippy and manic sex appeal.

There are jokes at the audience expense, not least is an extended curtain call which goes on long after the applause has stopped. But the show isn’t over yet. The most searing songs come last.

The run has already been extended to the 6 June.