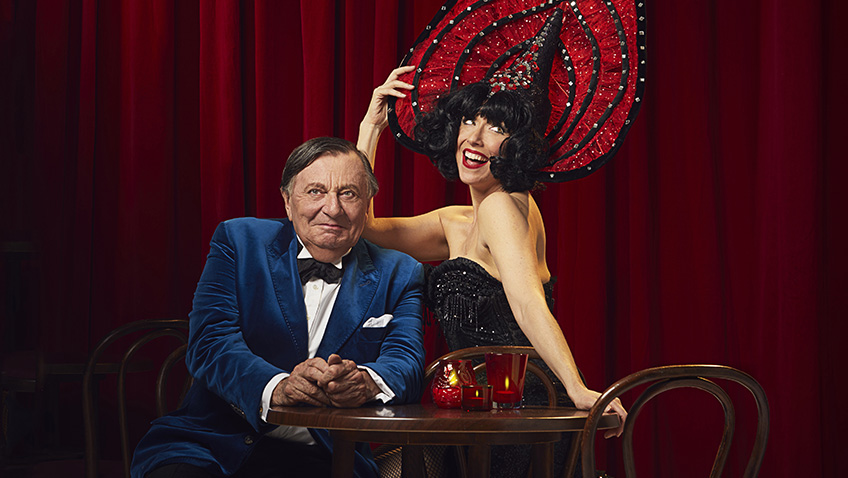 Barry Humphries is best known to British audiences as Dame Edna Everage, whom he created in 1956 and retired in 2013. He is now playing himself, a conferencier to the show he has curated and written.

In the late 1940’s Humphries found a stack of German sheet music in a shop in Melbourne and decided to research the Weimar Cabaret scene. 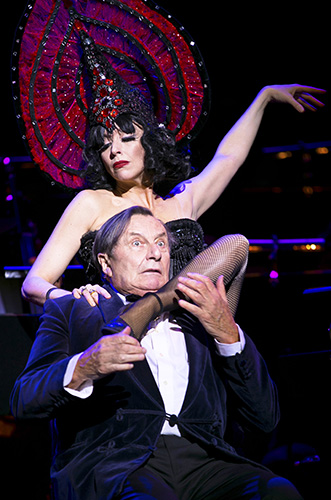 Berlin in the 1920s conjures up images of decadence as caught in the paintings and caricatures of Georg Groz, Otto Dix and Max Beckman and in Josef von Sternberg’s film, The Blue Angel in which Marlene Dietrich’s sand Falling in Love Again (Can’t Help It).

Weimar cabaret and the rise of Nazi Germany featured in John Kander and Fred Ebb musical, Cabaret, directed by Bob Fosse and based on Christopher Isherwood’s Berlin Stories, Goodbye to Berlin and Mr Norris Changes Trains.

The cabarets offered sexual innuendo, politics and jazzy music and were condemned by radicals on the Left and on the Right. The Nazis declared the dissonant music and the lyrics degenerate. The artists, many of them Jewish, were blacklisted and either exiled or murdered.

The programme is made up of a fascinating selection of works that have not been heard for a very long time. Only Kurt Weill and Bertolt Brecht’s The Threepenny Opera and its songs, The Ballad of Mack the Knife, Pirate Jenny and Suryaba-Johnny, will be familiar.

The songs are sung in German and in English by Meow Meow, an Australian chanteuse, a specialist in the Weimar repertoire. She gives a performance any drag artists would envy, a parody of a diva. The comic high spot is Erwin Schulhoff’s hilarious Sonata Erotica. Meow Meow’s fake orgasm is even more outrageous than Meg Ryan’s fake orgasm in the restaurant in When Harry Met Sally.

The musical director is Satu Vanska, Principal Violin of the Aurora Orchestra. She plays with dazzling energy and she also sings.