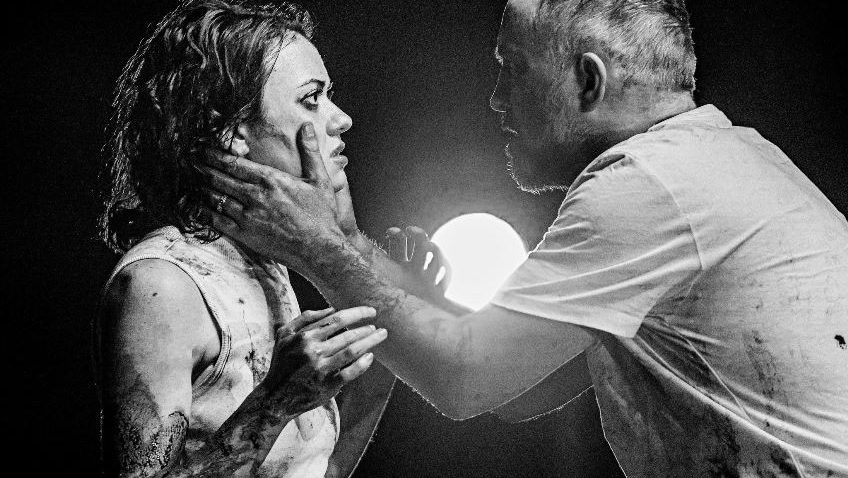 The Glasgow Citizens Theatre, known affectionately as The Citz, has an international reputation. It is famous for its re-interpretations of classic plays and one of the regrets of my theatregoing-life is that I never saw the then artistic director Giles Havergal’s extraordinary and unsurpassed repertoire during the 1970s and 1980s.

The Macbeths is the present artistic director Dominic Hill’s and Frances Poet’s adaptation of Shakespeare’s Macbeth. It is a brilliant achievement and will have a special appeal for those who know the Scottish Play. The text has been cleverly edited and rearranged. Hill limits himself to just the two lead roles and concentrates on their relationship to get inside their tortured minds.

The claustrophobic performance is set in and around their bed. The actors strut and fret their hour on the screen. There is no sleep for the guilty of a gruesome murder. Keith Fleming and Charlene Boyd are excellent.

Hill’s stripped-down production was originally staged in The Citizens sixty-seater Circle Studio in 2019 with Fleming and Boyd. But what we see on screen is much more than a filmed stage show. It’s very much a film in its own right. Much of it is shot in brutal close-up which works really well. 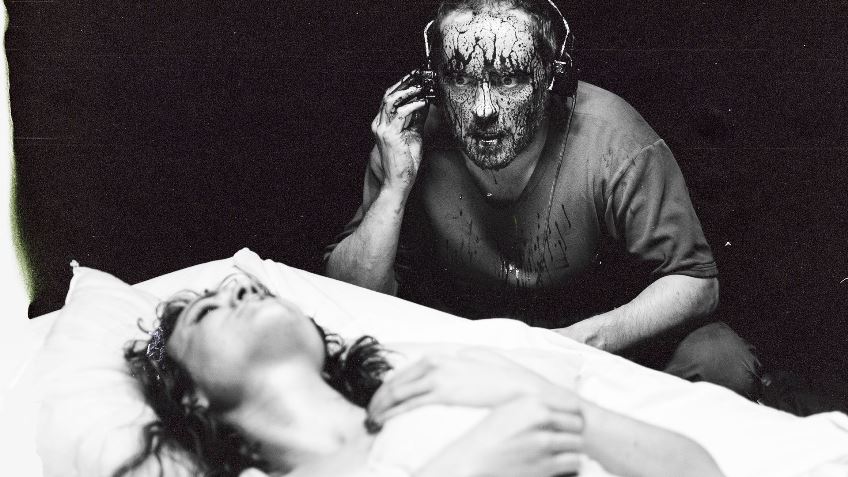 Macbeth, rugged, unshaven, blooded, is the nervous, fearful one; his heat-oppressed brain is full of scorpions. Lady Macbeth is clearly the driving force, gutsy, undaunted, madly so, frighteningly so; her beautiful face quickly turns ugly whenever he falters.

The Macbeths are steeped in blood. What’s done cannot be undone. The brutal business, the horrid deed, is a never-ending nightmare. A sleeping Macbeth, reliving the murder of Duncan, dreams he is strangling his wife. The black and white photography turns pale.

The witches are not seen, only heard. Macbeth hears the murders of Banquo and Duncan on a tape recording. The filming of the “Is this a dagger I see” soliloquy is an excellent example of digital theatre.

The camera also reacts violently to the appearance of Banquo’s ghost. The sound effects throughout – the very tense music, the static crackling, the metal banging, the rhythmic electronic music – add to the tension.

In the final moments – she sleepwalking and he fighting in battle – are acted concurrently and fused with Macbeth murdering his wife, smothering her with a pillow. Is it in his feverish imagination or is it in reality or is it both?

Duncan Hill’s The Macbeths is well-worth seeing online and it’s for free until Jun 30. You can visit the production website here to book your free watch at home ticket.