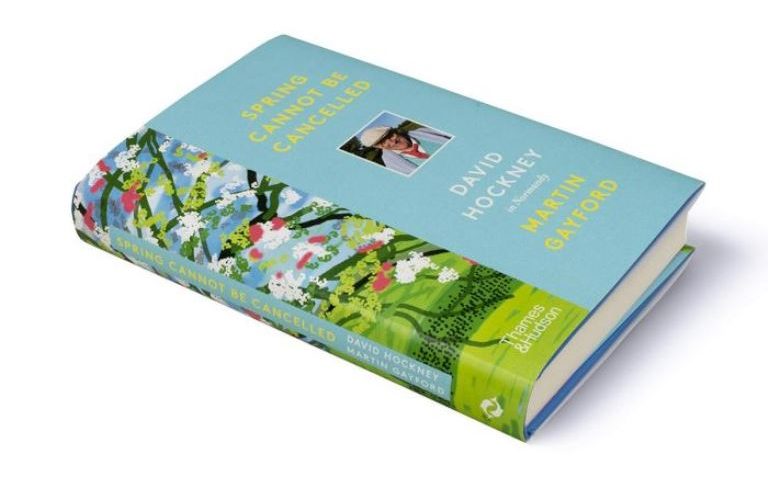 SPRING CANNOT BE CANCELLED by David Hockney and Martin Gayford (Thames & Hudson). Hockney takes a Normandy farmhouse during the COVID-19 lockdown and observes in drawing and painting the changing seasons. The conversation between painter and critic with reference to his work and the work of other artists is always absorbing and invaluable for all admirers of his drawings and paintings.

BARBARA HEPWORTH: ART & LIFE by Eleanor Clayton (Thames & Hudson). “I rarely draw what I see,” she said, “I draw what I feel in my body.” Hepworth, feminist and political campaigner, worked in hard materials and is both passionate and precise. Anybody who likes her sculpture in bronze, wood and stone, and the life she found in them, will want to see this fully illustrated account of her work and to read her correspondence.

THE NILE A NEW HISTORY OF THE WORLD’S GREATEST RIVER by Terje Tvedt (I.B Tauris). The Norwegian professor, an expert on waterways, takes the reader on a journey from the Mediterranean to Central Africa: 5,000 years of history and politics. The Nile has always been in the news long before Cleopatra had barged down the river. A tanker disaster only a couple of months ago reminded many of its importance. It’s a hefty tome you might take with you the next time you were holidaying on the Nile.

IN MY OWN STEPS by MICHAEL PENNINGTON (Michael Pennington). A memoir which will be of interest to theatregoers, theatre practitioners and theatre historians. A fine actor, a stalwart at the RSC in its heyday and at the English Shakespeare Company, which he founded, Pennington has played a wide range of major classical roles. There are vivid portraits and not least of director Peter Hall.

HAMILTON AND ME by GILES TERERA (Nick Hern Books). An Actor’s Journal of a landmark American musical. Terera, who won Best Actor Award for a Musical, kept a record of what he went through from audition to rehearsal and on to performance and what it was like to be in the room when it happened, vocally, musically emotionally and psychologically smashed.