HOCKNEY THE BIOGRAPHY VOLUME 2 by Christopher Simon Sykes (Century £25) begins in 1975 and ends with Hockney getting the biggest painting ever shown into the Royal Academy. If you have read Volume 1 you will certainly want to read Volume 2.

Hockney’s sheer popularity and prolix productions have made many worry that he is a lightweight dandy flitting over the surfaces of one enthusiasm after another, fritting away immense talent.

His celebrity is in danger of his obscuring his achievement since it prevents people from taking him seriously. “It’s what I think counts… I know what I am doing,” is his answer to his critics. “It doesn’t matter what people think. I think the world is beautiful. I really do.” Sykes is informed, chatty, full of anecdotes, and very easy to read.

TENNESSEE WILLIAMS Mad Pilgrimage of the Flesh by John Lahr (Bloomsbury £30). Tennessee Williams’s mother has said, and with pride, that there is no perversion about which her son has not written.

Williams, author of the unforgettable A Streetcar Named Desire, was one of the great American playwrights of the 20th century and this biography (the best I have read on him) is essential reading for anybody interested in his plays and his life. His turbulent life, which ended so tragically, is a subject for a Williams play in itself.

BEHIND THE SCENES by Judi Dench (Weidenfeld and Nicolson £20). Judi Dench is much loved by the theatrical profession and the public. For anybody who has seen all the plays and films she has ever performed, this is a delightful, charming and beautifully produced album of pictures to jog the memory of her amazing talent and range; and there is her running unaffected commentary, side by side with the photographs.

P G WODEHOUSE by Frances Donaldson (Andre Deutsch £11.99) is a biography of one of the most popular British humourists of the 20th century and if you want full details of his naive and misguided broadcasts from Germany during World War 2 and the over-reactions to it in the press, then this book is for you. 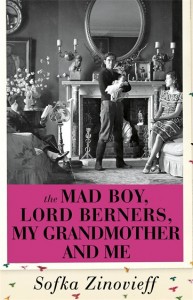 THE MAD BOY, LORD BERNERS, MY GRANDMOTHER AND ME by Sofka Zinovieff (Jonathan Cape £25). The mad boy is Berners’ lover, Robert Heber-Percy, 28 years younger than himself.

This biography reads like a camp, flamboyant, sophisticatedly self-indulgent country house novel by Ronald Firbank, updated to the inter-war years, when a cast of homosexuals and bisexuals were living entirely for leisure and pleasure and pigeons were dyed and horses came to the tea-table. 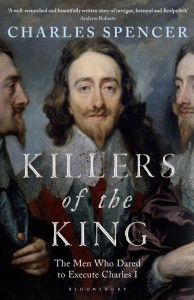 KILLERS OF THE KING by Charles Spencer (Bloomsbury £20). The Men Who Dared to Execute Charles 1.

As a theatregoer I would have been highly pleased with the return of Charles 11. But it was not so good for those who had been active in the regicide. Vengeance was the order of the day, not justice.

In order not to be hanged, drawn and quartered, many people fled to Europe and America where they were still pursued by Royalist assassins.

There are some exciting stories of escape and capture. I would not be at all surprised if somebody is not already working on a TV series. 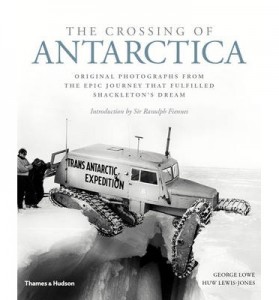 THE CROSSING OF ANTARCTICA by George Lowe and Huw Lewis-Jones (Thames & Hudson £24.95) records one of the 20th century’s great triumphs of exploration. Here are the original photographs by Lowe of the epic 2,150 miles journey, which was led by Vivian Fuchs in 1957-58 and fulfilled Shackleton’s dream. It is the stuff of heroic legend and dramatically defines the true meaning of cold.

Icy, snowy, deadly, awesome, infinite, it is an extraordinary portfolio in black and white and colour photographs and commentary, confirming the truth, expressed by Peter Hillary, that “we are all liberated by the successes of others because they show it can be done.”

You can buy your copy of any of these books here: