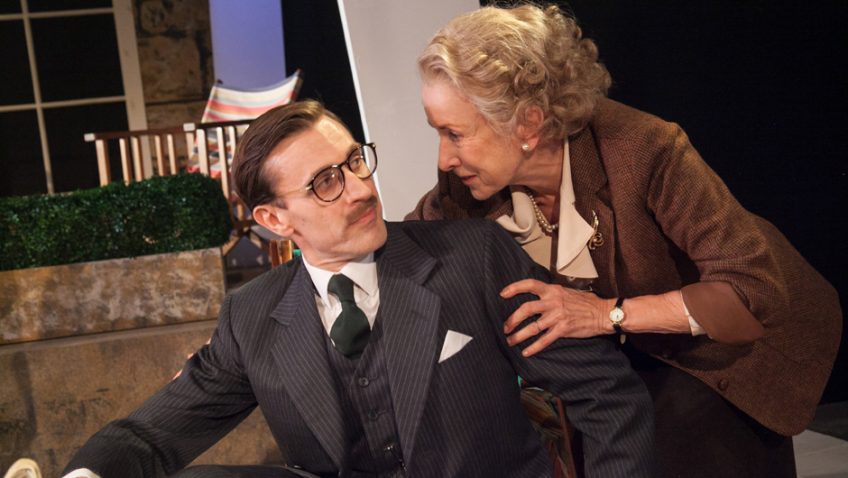 Robert Tanitch reviews A Day by the Sea at Southwark Playhouse, London SE1.

They attracted the most famous actors of the day and had long runs. 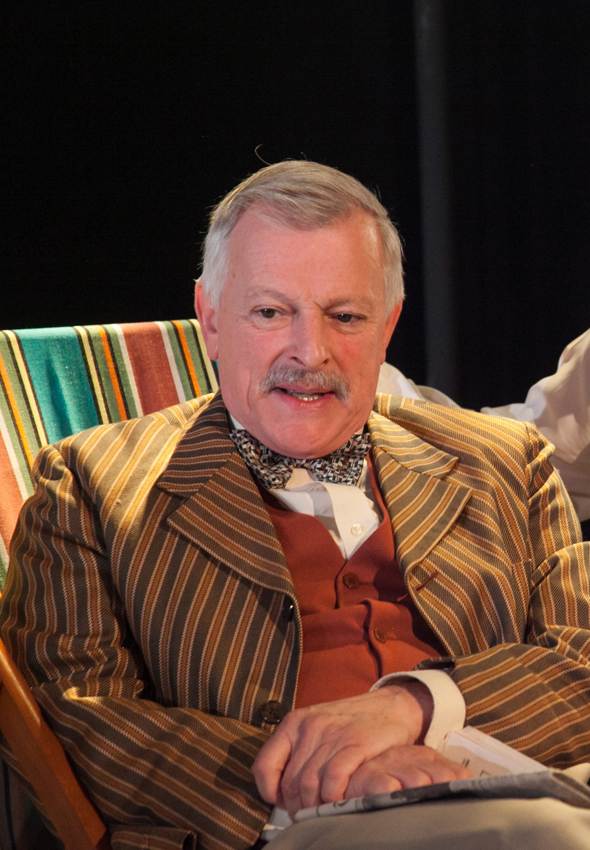 David Acton in A Day By The Sea

A Day by the Sea had its premiere at the Theatre Royal, Haymarket, in 1953 with John Gielgud, Ralph Richardson, Sybil Thorndike, Irene Worth, Megs Jenkins, Lewis Casson, Frederick Piper and Lockwood West.

With such a cast, the actors tended to get all the praise and Hunter was generally underrated and dismissed as sub-Chekhov. The play, nevertheless, ran for almost eighteen months and would have run longer had Gielgud not fell ill.

There was a television production in 1959. Gielgud and Megs Jenkins repeated their roles. The cast included Gladys Cooper, Margaret Leighton, Roger Livesey, Alan Webb and Nicholas Hannen. The poor production did not help Hunter’s reputation.

There has been no major revival until now. Tricia Thorns’s production will hopefully raise the professional theatre’s awareness of his existence and of his talent for creating vignettes actors want to play.

Hunter has said A Day by the Sea is about the stress and strains of middle-age, when time is beginning to run out and people are bitterly reflecting on past hopes and present realities.

A 40-year-old workaholic diplomat (John Sackville) has failed to reach the top. His most dramatic scene is when Foreign Office official (Hugh Sachs) informs him that he is no longer required in Paris and he will be recalled to London.

One of the most Chekhovian moments, in that it is very funny and deeply sad at the same time, is when the diplomat’s mother (Susan Tracy), who is more interested in gardening than politics, goes on and on and on about how unsuccessful he is.

A divorcee (Alix Dunmore) has searched for happiness in marriage twice and has not found it. She was madly in love with the diplomat 20 years ago and he never knew it

A 35-year-old governess (Stephanie Willson), who fears she will end up an old maid, has a most affecting scene when she begs a drunken doctor (David Acton) to marry her.

A very old man (David Whitworth), frail and gaga, sums up what life is all about when he realises that a period of years he had taken to be only seven or eight years is, in fact, eighteen.

My guess is that there will now be thoughts of reviving Waters of the Moon, which premiered in 1951 and had a fantastic cast: Edith Evans, Sybil Thorndike, Wendy Hiller, Kathleen Harrison, Cyril Raymond, Nan Munro and Harold Scott.