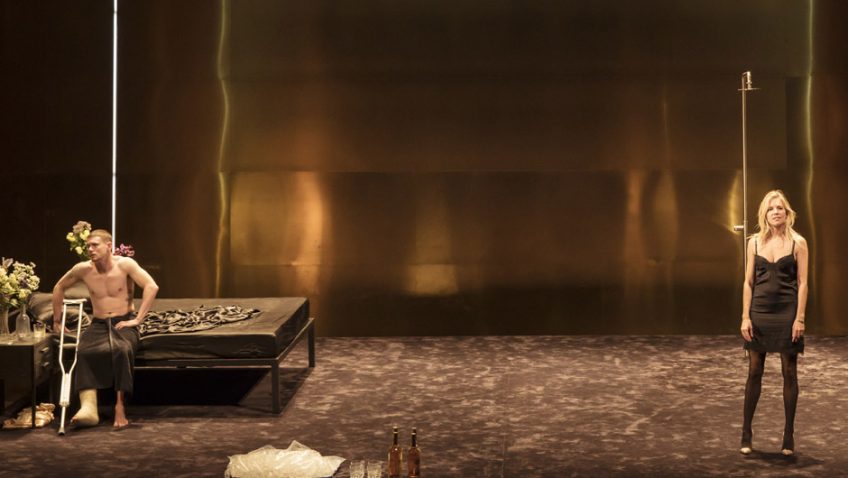 Tennessee Williams, who was never afraid to be big and theatrical, always thought Cat on a Hot Tin Roof was his best play

When it was first staged in London in 1958, the Comedy Theatre had to be turned into a club and audiences had to become members in order to see it. The Lord Chamberlain had banned it on account of the homosexuality off-stage.

“Why can’t exceptional friendship, real, real, deep, deep friendship between two men be respected as something clean and decent?” asks Brick, who has suffered an injury and his leg is in plaster.

Brick is a former football hero and he has, since his best mate committed suicide, turned alcoholic and is bent on self-destruction.

To whom then will his dying father, a self-made plantation owner, leave his 28,000-acre estate? Brick’s wife, Maggie, the cat of the title, is absolutely determined that he shall leave it to them. But there is a major problem. Big Daddy wants an heir and Maggie is childless.

How is she going to have a child by a man who hates her and refuses to share her bed?

The first surprise of Benedict Andrews’s radical production is Magda Willi’s unreal set. The updating is a mistake. It spoils the play. The second surprise is that Jack O’Connell is totally naked. He has an open shower on stage. There is no cubicle. Sienna Miller in A Cat on a Hot Tin Roof

Tennessee Williams begins with a non-stop forty-minute monologue, which is as taxing for the actress, Sienna Miller, as it is for the audience. There is nothing much for O’Connell to do except listen and hobble around with the aid of a crutch which he later uses to threaten her.

But where is the charm of the defeated Williams talks about and which Paul Newman brought to the 1958 film with Elizabeth Taylor?

Things improve dramatically after the interval with the arrival of Big Daddy. Colm Meaney’s performance gives the production a big lift. There’s a great scene between him and O’Connell, who really does come into his own here, seizing his opportunities.

Can Brick face the truth of his own homosexuality? Can Big Daddy face that he is dying of cancer?

The final scene, with the family rowing over the inheritance, is excitingly acted and Big Mama (Lisa Palfrey, well cast), who has been constantly

humiliated by her husband all through their marriage, triumphs.