Home / LIFESTYLE / REVIEWS > / FILM REVIEWS / Richard Gere is in top form, but the rest of the film never reaches those heights 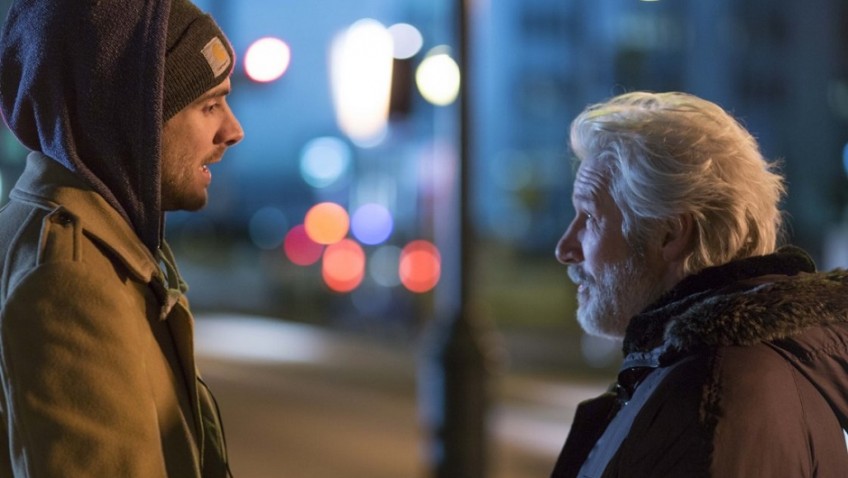 Richard Gere is in top form, but the rest of the film never reaches those heights

The last time we saw Richard Gere was in the Second Best Exotic Marigold Hotel where he continued to maintain his image as a suave ladies’ man in the secondary role of Guy Chambers.  In The Benefactor all such pretence is gone and Gere is not only the eponymous lead character; he is the whole film. Gere paints a warts-and-all portrait of a sixty-something dilettante on a guilt trip with more money than he knows what to do with.   The film is an interesting, if incomplete, character study and Gere admirably takes on the role with courage and conviction.  If only first time Writer/Director Andrew Renzi had paid as much attention to the rest of the film, it might have had more of an impact.

Gere plays Francis ‘Franny’ Watts, a Philadelphia philanthropist who has a thing about doctors.  He is partnered with his best friend from college, Bobby (Dylan Baker) in the design of a children’s hospital. In the first scene Franny insists on adding bright colours to the wards, which Bobby wants to remain more discrete.  He tells Bobby: ‘Your job is to cure people and my job is to make people feel better.’   That Franny makes this distinction gives us an insight into his character.

Is Franny trying to make Bobby and his attractive wife, Mia (Cheryl Hines) feel better when he clowns around in the car that Bobby is driving?  He throws his arms around Bobby from the rear of the car as though he is about to kiss him.  Distracted, no one notices another vehicle heading in their direction.

Fast forward a few years.  Franny looks like Howard Hughes, a long haired and bearded mad hatter hiding from the world in his palatial apartment, dressed like a thrift shop dandy.   He walks with a cane and, we soon discover that, like Dr House, he has been on prescription drugs ever since the accident.   Franny might have need the drugs for the physical pain at first, but now he needs help in dealing with the psychological scars.

These scars surface in no small way when he learns that Olivia (Dakota Fanning), the pretty daughter of Mia and Bobby, has returned to Philadelphia for the first time since the death of her parents.  She is now pregnant and married to a brilliant young doctor, Luke (Theo James), who is looking for a job.

Olivia and Luke become a new project for the bored philanthropist. Transferring his friendship for the parents onto the next generation, assuaging his guilt by helping them, and perhaps fuelling his power trip, Franny gets Luke a plum job, puts him on the board of his children’s hospital, and buys Olivia the house where she grew up, though it looks as though no one has lived there since the accident.

Franny’s generosity comes with strings; however.  The couple have to put up with this annoying, bombastic bore who is increasingly impinging on their lives.   At first, they are polite enough to humour him, but thankfully, you feel, they realise that his interference in their lives is too high a price to pay for his largesse.

It is at this point that the film shifts from being the study of a man who has lived on the margins of life with lots of money but no real vocation, to a portrait of a sixty-something drug addict.  At first, the addiction to drugs is part of the Olivia and Luke story, as a desperate Franny tries to blackmail Luke in order to extract a prescription from the morally-sound young man a prescription.  The addiction then takes over the film.

Gere tears through the film, philanthropist and drug addict, in a powerhouse performance that leaves all the supporting roles as markers along the way who do not impact on his life, or on the film, in any substantive manner.   The relatively upbeat ending, which suggests that message has gotten through to Franny, does not flow fluidly from the story.  If you really think about it, it is only when all of his sources of prescriptions reject his entreaties and threats that he is forced to act.

We begin to suspect that the drugs are a crutch that have helped Franny avoid evaluating his life.  His money has not bought him happiness and he is completely alone in life, without friends, a wife or children.  There are some homoerotic hints in the film notably, in his way of dressing and in his relationship with Bobby and Luke (upon meeting Luke, he calls him handsome), but these are left as that.

In terms of the character arc, if Franny ever believed that his job was to ‘make people feel better,’ he no longer does.  He cannot even make himself feel better. If you have to make sense of the film, you might look upon it as a coming-of-age movies for the over 50s.