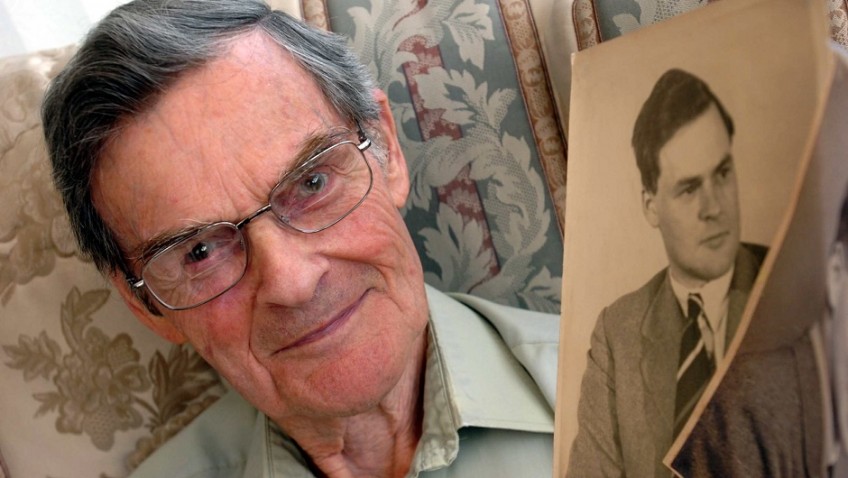 One of the last surviving GPs to witness the creation of the NHS has died just days after his 99th birthday.

Widely respected Dr Michael Whiting had a 43-year career and treated victims of the blitz and prisoners of war – even trying to save one Russian soldier from the KGB.

Dr Whiting set up his own GP practice in North Cave and South Cave in East Yorks., in 1947.

This was just a year before Nye Bevan, minister of health in the post-war Labour government, steered through the creation of the National Health Service telling the country: “The NHS will last as long as there are folk left with the faith to fight for it.”

A father-of-nine, Dr Whitling retired at 67 and devoted his retirement to his third wife, Rita, and to bringing up the youngest of his children.

His daughter Lucy described just how proud his family was of him.

She said: “He thought the NHS was the best thing ever because people didn’t have to think about finding the money to survive.

“One woman told me he turned up at her house in the middle of the night with his jacket buttoned up over his pyjamas because she needed his help.”

A founding member and Fellow of the Royal College of GPs, Dr Whiting’s family said he was immensely proud to be part of the NHS which was free to all at the point of delivery.

In 2008, Dr Whiting spoke at a special service attended by then Health Secretary Alan Johnson and the former Bishop of Hull Richard Frith at Beverley Minister to mark the 60th anniversary of the NHS.

He told the congregation: “Patients no longer had to think about how much it would cost them to go to the doctor or call him out and the doctor did not have to worry whether the patient could afford it.

“Home consultations became more accessible to everyone, not just those who could afford it.”

During the war, Dr Whiting worked at Beverley Westwood Hospital, East Yorks., caring for victims of the Blitz and Prisoners of War.

As the war came to an end, Dr Whiting befriended one Russian prisoner and tried to save him from the KGB when they arrived in East Yorkshire to take soldiers back to Russia where they were shot to prevent them telling anyone about life in the west.

Lucy described how her father and other medics took the Russian into theatre for an operation he didn’t need in order to save him when the KGB arrived.

However, despite their best efforts, the KGB later returned and, much to the distress of Dr Whiting and his colleagues, took the Russian soldier away.

Forever known in his village at Dr Whiting, he was often seen cycling around the area or tending to his garden.

However, tragically his health deteriorated in the last two years and he died with his family by his side.

Lucy said: “It’s just beginning to sink in now that he’s gone. We are so proud of him and all he achieved.

“He was a good man and led a good life.”