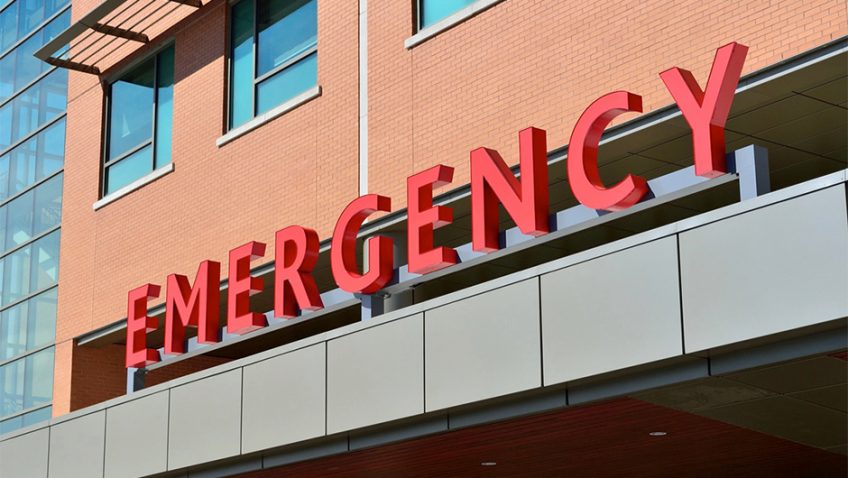 We are constantly hearing about how our poor old NHS is in crisis, the headlines and news items seem to appear almost daily. No one argues that the service is under intense and growing pressures and that more and more resources are needed. With both a growing and an ageing population this is only to be expected. The UK’s population currently stands at some 65.6 million, it’s highest ever figure, and this is projected to grow to in excess of 74 million by the year 2039.

Without the resources required, it’s no wonder that pressures within the NHS are being felt. With the forthcoming 70th anniversary of the service on the 5 July the chances are that we are going to hear more and more about the problems the service faces.

Before we look at the problems, let’s not forget the positives. Our NHS is free to all, something that isn’t the case in many other countries around the world. Despite the pressures they are experiencing, and the conditions they are working under, NHS staff do an excellent job, doing the best they can with what they’ve got. But we do need to be mindful that the pressures they face are relentless, especially during a hard winter like the one we have just gone through.

It could be argued that many of the woes that the organisation faces are self-inflicted; from staff issues, to procurement, to service provision and to customer satisfaction. Let’s just look at these problems a little deeper:

As I have alluded to earlier, the staff within the NHS do an excellent job but morale in many areas is acknowledged to be low, and in some cases, almost non-existent.

The constant pressures take their toll, with many areas of the service operating at or above capacity and this in itself is enough to affect morale. In addition, pay rises for staff have been virtually non-existent over recent years, meaning that the standard of living for many working in the NHS has declined as wages fail to keep up with the cost of living.

When you work in a hospital, or similar facility, you are dealing with people who are ill. It therefore stands to reason that the potential for NHS staff to contract illnesses themselves is much higher than in many other professions. Given this increased risk, what other organisation would actually threaten its staff with disciplinary action if they have two periods of absence through ill health in a calendar year, even when such absences are supported by a sickness note from the staff members GP?

As a massive organisation, the NHS purchases billions of pounds of products and services each and every year, and horror stories about suppliers over-charging are constantly in the media. One of the worst I recall was a NHS Trust being charged in excess of £1,500 for a tube of cream that can cost less than £2.00 if bought over the counter. Similarly, a skin ointment was billed as in excess of £1,300 when it could, again, have been bought over the counter for less than £2.00. These are just some of the stories highlighted in the media – how many more products and services are being supplied at highly inflated prices, making the suppliers rich and starving the NHS of massive amounts of cash that could be channelled into improving services?

Bed blocking is another huge issue and one we are all familiar with. There are literally thousands of older people who are taking up a hospital bed who are actually well enough to be discharged. The problem is that the support services needed in the community to facilitate patients being discharged just aren’t there. This is not the fault of the patients, they can’t help needing continuing care on discharge from hospital, it is the result of the cuts to community care services that we’ve seen over recent years. The ongoing result is that operations have to be cancelled for lack of beds (trust me I know!), but all those surgeons and associated theatre staff still have to be paid whilst operating theatres lie idle and empty. To keep a patient in hospital when they could be allowed to go home is estimated to cost the NHS in excess of £230 per day, wasting millions of pounds from precious budgets each year.

And then we come onto customer satisfaction, perhaps the truest barometer of how well the NHS is performing as it comes directly from patients who are using the service. According to The Kings Fund, an independent charity that produces an annual customer satisfaction survey on the NHS, the overall customer satisfaction with the service in 2017 was only 57%, a 6 percentage point decline on the previous year, and customer dissatisfaction was 29%, its highest level since 2007. The main reasons why patients are dissatisfied include staffing shortages, long waiting times, the lack of funding and government reforms that result in services cut.

So what’s the solution? If only I knew the answer to that! Clearly, one of the solutions is to throw more money at the problem and see if that helps alleviate the issues we are seeing. There are already noises emanating from senior politicians which suggest that tax rises will be inevitable if we are to provide the NHS with the increased funding it needs to operate effectively and efficiently. Whilst these tax rises will probably be supported by the vast majority of people, especially if you have had experience or need of the NHS in recent years, there will also be those dissenters that believe the problem cannot be solved by money alone, and to a certain extent they are right.

So what does MT support and what would we want to see the government do?

The question of tax rises is always a thorny one because the burden of payment falls on those who pay tax and not on those that don’t. The problem with tax rises is that those who are at the lower end of the income scale are hit disproportionately. However, in my view they are inevitable. Providing the funds raised can be ring-fenced for use where they are needed most, we would support modest tax rises to help provide the additional funding needed by the NHS. Additionally, some of these funds should be invested back into community care to help alleviate the bed blocking issues alluded to earlier.

Staff are the next issue; better treatment of staff and regular pay increases, that keep pace with the cost of living as a minimum, should be implemented. Not only would this boost morale and productivity, it would probably also help alleviate some of the issues with absenteeism which costs the service millions and millions of pounds each and every year.

And finally, the government should apply fines and sanctions to those suppliers ‘ripping off’ the Health Service. Urgent legislation should be introduced to make this unacceptable practice illegal. It is not right that the NHS is paying more than the High Street price for any products or services.

What are your views on how our NHS can be improved? Write to us at: https://www.maturetimes.co.uk/contacts/