Home / LIFESTYLE / REVIEWS > / FILM REVIEWS / Regrettably, Peter Bogdanovitch’s return to cinema is not very funny any way you look at it. 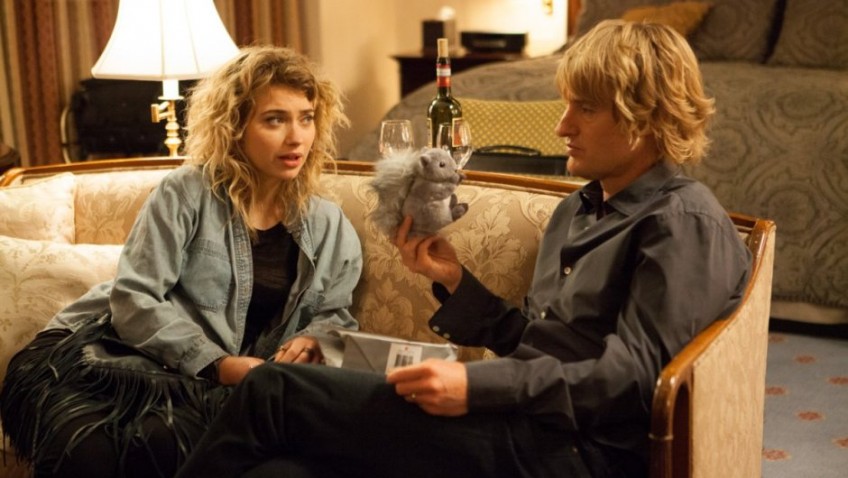 Regrettably, Peter Bogdanovitch’s return to cinema is not very funny any way you look at it.

Peter Bogdanovich: film historian, director, writer, actor, producer and film critic is now 75. He was one of the major figures of the 1970s, the great decade of American cinema dominated by the so-called “New Wave” of amazingly creative, often gritty and violent films about flawed heroes and American life.

For Coppola it was The Godfather, for Brian De Palma it was Carrie, for Martin Scorsese it was Taxi Driver, for Michael Cimino it was the Deer Hunter and for William Friedkin, The Exorcist. Bogdanovich, on the other hand, gave us a subversive small-town-America coming-of-age film, The Last Picture Show. Although Bogdanovich has been working in television since 1993, She’s Funny that Way, which he also wrote, is his first film since adapting Michael Frayn’s play Noises Off in 1992.

And it is to Noises Off, not to mention the films of Ernst Lubitsch and other screwball comedies of the 1940s that Bogdanovitch turns for the tone of this intermittently enjoyable, but familiar hotel bedroom farce set in the New York theatre world. It is not just by a comparison with Birdman, which also portrayed a fraught and tangled rehearsal period in a NYC theatre that the film suffers. There’s a bit of Pretty Woman to factor in, too.

And that is because the talented actress Imogen Poots plays Isabella (‘Izzy’) a hooker whose life changes when she is sent to the hotel room of theatre director Arnold Albertson (Owen Wilson) one night. Arnold is so taken with the intelligent, funny, young and stunning girl that he invites her dinner and then, later in bed, offers her $30,000 if she will stop turning tricks. As she leaves his room, Arnold’s nosey lead actor Seth (Rhys Ifans), who is in love with Arnold’s actress-wife Delta (Kathryn Hahn), happens to see them kiss goodbye.

Shortly after this episode, it appears that Isabella has not only taken the $30,000 but followed her dream to become an actress. Whether she has benefited from the services of Jane Clarement (Jennifer Aniston), surely the most dysfunctional (and unbelievable) therapist in cinema history, is another matter. Isabella shows up at Arnold’s auditions and reads opposite Delta for the role of, guess what, a woman very much like herself.

Unsettled, Arnold tries to get rid of Isabella, but Seth (already considering blackmail when he recognises Isabella), Delta and playwright Joshua (Will Forte) are so impressed with her performance that they veto Arnold and he is forced to reconsider. Joshua invites Isabella out to dinner that night and, flattered, she accepts.

At the restaurant, all of the characters, and certain that I have not bothered to mention, turn up for what is supposed to be a hilarious set piece. Instead, it is the first prolonged period of tedium in the film. Here the hotel room hopping is replaced by table hopping but that’s about it.

This being the long awaited return of Peter Bogdanovich, many celebrity friends lend a hand in various cameos or walk-on glimpses, from Cybil Shepherd (almost unrecognisable), Joanna Lumley as Aniston’s mother), Lucy Punch as another prostitute, Tatum O’Neal, to Poppy Delevingne as a Greeter in Macy’s to Quentin Tarantino as Isabella’s new boyfriend. Their cumulative presence is amusing, but none of it means anything.

One difficulty with She’s Funny that Way is that none of the characters are particularly likeable or original and some are quite awful. What turns off the audience to Arnold from the start is a long gag in which he receives a call from his family in his hotel room. He continually puts his children and wife (Delta) on hold while speaking with the agency about the prostitute.

Apparently, this family man has a habit of sleeping around while away directing, which he often is. After this, we don’t care what happens to him.

But the main problem is that, unlike the best farces, none of the zany running around or chance encounters, coincidences or even relationships seem to have any impact or lead to the next stage of the film. We do not even have a conversation between Arnold and Isabella after her surprise appearance at the auditions. Delta storms off when she finds a prostitute in the bathrooms of both Arnold and Seth, but she is back before we know it. Seth falls in love with the obnoxious therapist and forgets about Delta, etc.