Home / LIFESTYLE / REVIEWS > / THEATRE REVIEWS / Not one word was spoken 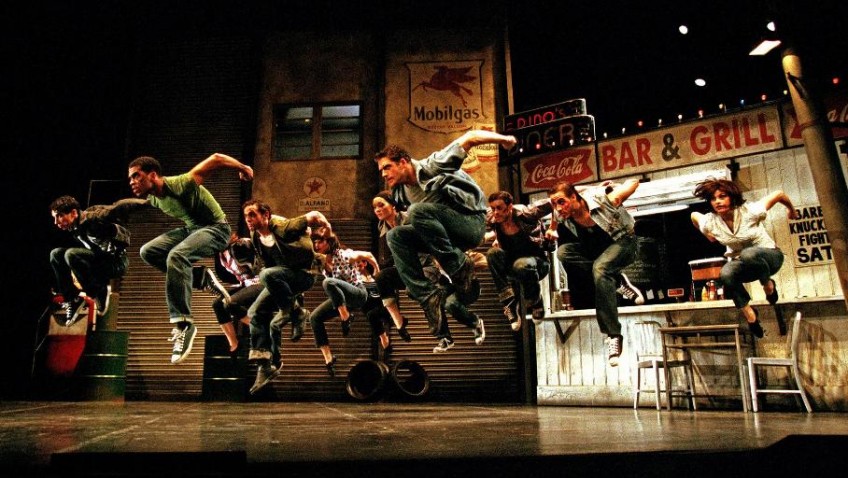 Not one word was spoken

The inevitability of tragedy, thrust along by intense passion and fluctuating emotions in a whirling, pulsating frenzy of climactic, beautiful music. Sounds like Bizet’s Carmen? Well, that’s because it’s Matthew Bourne’s Car Man.

No word is spoken, no song is sung, yet, enacted entirely through dance, the storytelling is strong and powerful, the drama magnificently compelling. Bizet’s emotive, highly charged music remains at the core, though it’s Rodion Shchedrin’s orchestration for strings and percussion that is the basis of the score. Into this, in collaboration with Bourne and his choreographic needs, Terry Davies has neatly woven his own compositional contributions.

The story of Car Man (first produced in 2000 and revised in 2007) isn’t Bizet’s but is based loosely on James McCain’s The Postman Only Knocks Twice. Bourne wanted to create a dance thriller, full of plot, twists and suspense, and certainly the heart-breaking tragedy enacted in this production is so gripping the standing ovation is well deserved.

A masterly touch is to have the ting of spanners and the busy movement (and lustings) of the mechanics well underway before curtain up, with time, place and mood already beautifully evoked onstage by Chris Davey’s lighting and Les Brotherston’s set, transporting us to the sticky heat and claustrophobia of small town America, to the shadowy, barred confines of a two-storey jailhouse and briefly to the glitzy world of cabaret.

The ensemble choreography is largely big, bold, ballsy, athletic and frenetic with a good share of orgiastic pelvic thrusts and a brief full frontal flash, while members of the cast alternate in lead roles. As Dino’s abused wife, Lana, who falls for macho drifter mechanic Luca, Zizi Strallen is superb. With her flowing, expressive dance, especially in solos and duets, and sensitive, charismatic acting, she truly captivates.

Liam Mower is equally engaging as Angelo as he makes a terrible journey from bullied innocence to bitter, angry vengeance. Emotion flows through his movement, facial expression and acting, particularly in his solo in jail, where he dances with hands bound, and in his duets with love triangle partners, Lana and Luca (Tim Hodges). Angelo’s girl Rita is played with endearing delicacy and flair by Kate Lyons, while Alan Vincent (the original Luca fifteen years back) brings fine touches of comic relief as the older Dino, also participating in a macabre dance with Luca when he rises up like the blood-drenched ghost of Banquo after he’s murdered.

Though not always perfect in synchronicity, and perhaps overly long in fight and car race scenes, Car Man is intensely moving and breathtakingly effective.