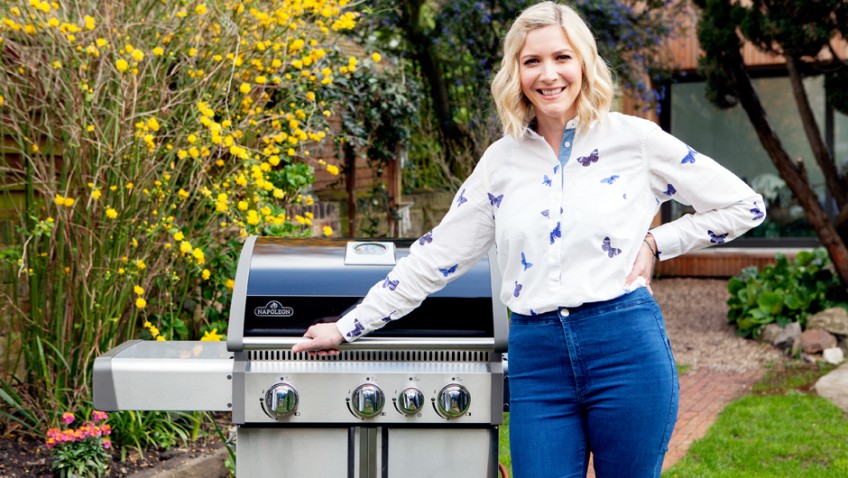 Lisa Faulkner: women should rule the BBQ in summer ‘16

BBQ season is almost upon us and whilst in previous years it was perhaps men that have traditionally worn the macho BBQ crown, this summer actress and chef Lisa Faulkner believes women should reclaim the BBQ reigns.

In the past BBQ food has been synonymous with under done burgers and slightly burnt sausages, but with Brit’s becoming more culinary conscious than ever before, Lisa believes things are set to change and BBQ may be the next big thing in British gastronomy.

Teaming up with Red Tractor, the UK’s largest, not for profit, farm and food standards scheme Lisa has created a series of delicious BBQ recipes that should inspire both men and women to get grilling. Including:

Lisa said “BBQ-ing has always been considered a man’s role, however in my home you are as likely to find me on the BBQ as anyone else.  With so much fantastic food on offer these days, BBQ no longer needs to be all about steaks and sausages, which is why I am calling for women as well as men get creative.  Nothing beats a good BBQ on a sunny day and Red Tractor’s fantastic BBQ giveaway means everyone has a chance to own their very own Napoleon grill in time for summer.”

She continues, “As a busy mum, I think it is very important to know that the food I serve my family has been produced to a good and safe standard.  The Red Tractor logo is a simple indication that the food I am buying has been prepared and checked by independent experts to meet farming and animal welfare standards.”

Additionally, in celebration of BBQ season Red Tractor are launching a BBQ promotion and will be giving away a fantastic Napoleon Grills barbecue worth £500 every single day for an eight-week period during the barbecue season (9th May – 3rd July).  To be in with a chance of winning, simply visit www.redtractor.org.uk