Home / NEWS / Why is there no real political satire on TV? 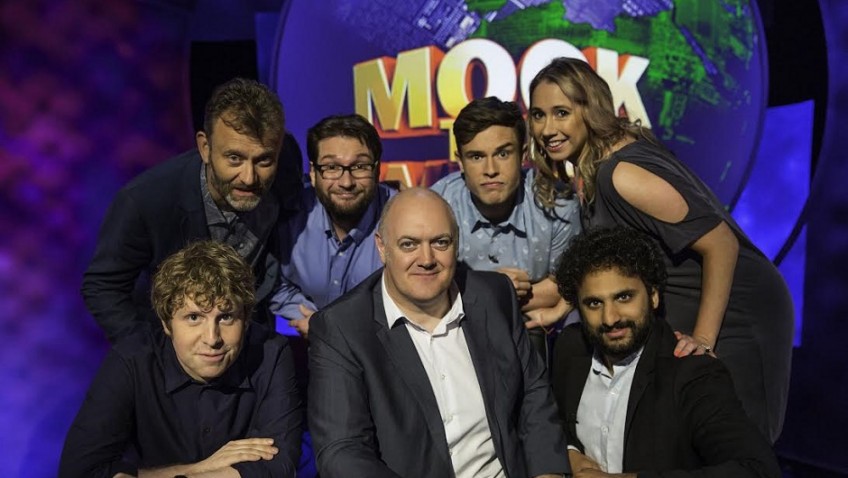 Why is there no real political satire on TV?

Recently I spoke to Ian Hopkins, one half of a comedy writing duo with John Duignan, who have just had their first novel published Skelp the Aged. This is their first collaboration to write a seriously comic novel in which they have used their wealth of satirical writing experience.

Skelp the Aged is an enjoyable read and, while not political satire, is certainly not politically correct in that it centres around a cantankerous Scottish elderly couple who rail against poverty and the problems of living too long. On a mission of money, madness mayhem and mirth, Mungo and Ethel fight back. The novel takes the view that today the elderly can be bad-mouthed with impunity. Politicians blame all economic travails on them for living too long. And sadly some of them have taken to believe this.

Ian and John met at University in 1979 and started writing sketches which they sent into John Lloyd at the BBC who used their material for Not the Nine O’clock News: many of you will remember it as one of the funniest shows of its time. Piecing together a team that included Mel Smith, Chris Langham, Pamela Stephenson and Rowan Atkinson, the first series aired in 1979.

Langham was replaced by Griff Rhys Jones, and the team we now recognise as Not… was born, running for three series and two stage shows before the stars decided to move on. Although a sketch show, it featured lampoons of the establishment including politicians: who will forget the song “I can’t believe Ronald Regan is President”? I am waiting for someone to do with the same with Donald Trump if he does make it into office.

This had me thinking about current day shows that poke fun at public figures. Where are they? We have a few panel shows such as Have I Got News for You and Mock the Week with Radio 4 giving us the News Quiz and The Now Show. ITV recently aired Newzoids; a very similar show to the long running Spitting Image which parodied celebrities and leaders.

Satirical comedy was rife in the 1960s with That Was the Week That Was and The Frost Report. Impersonations of political figures was widespread in the 1970s and many a comedian made a living from doing impressions. Mike Yarwood could do almost anyone and Janet Brown was Margaret Thatcher. Nowadays there are a few good comedians, such as Debra Stephenson, but celebrities are more often lampooned than political figures. And what happened to Rory Bremner during the referendum debate?

Surely the time is right for someone to take off the current crop: Nigel Farage, Jeremy Corbyn and Boris Johnson are crying out for some derision, although some would say there are doing it themselves. In the absence of Punch magazine, today’s leaders need someone to deflate their self-importance. Is it because we are all too afraid of political correctness and the threat of litigation? Court injunctions keep the lawyers in fast cars, but the public in ignorance in this digital age.

Is anyone out there brave enough to take on the task?

Skelp the Aged is published by Pegasus rrp £8.99 and is available directly from the publisher, or from other bookshops.