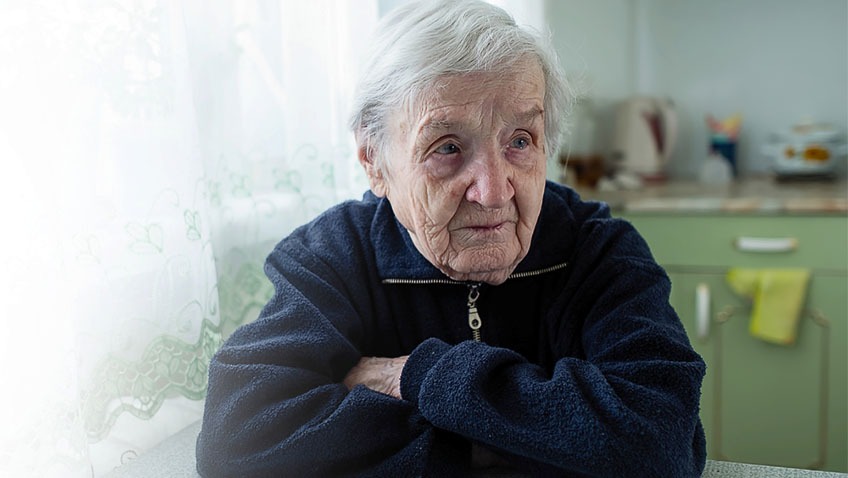 The social care crisis goes on

1.4 million older people in this country struggle each day without the help and support they need to live well.

Regular readers of Mature Times will be only too aware of the ongoing crisis in social care in this country. We know that this subject is very close to the hearts of so many of our readers.

According to the charity Age UK there are some 1.4 million older people in this country who struggle each day without the help and support they need to live well. This isn’t just a crisis in a civilised society like ours, it’s a downright disgrace – a statistic that we, and more importantly the government, should be ashamed of.

Bottom of the pile

The fact of the matter is that the social care crisis, like so many other things, has been put to the back of the political agenda. In fact it’s worse than that – it’s been put completely on-hold whilst the government and Parliament continues to see all its time taken up with the single issue of Brexit. And should Brexit be delayed beyond 31 October then an already desperate situation is likely to deteriorate even further.

Social care suffers from a massive shortfall in funding. It is estimated that there has been a £160 million cut in total public spending on older people’s social care across the last five years, despite our population continuing to age and demand continuing to rise. To make matters worse, the type and amount of care you are likely to receive varies greatly across the country – the so-called postcode lottery of care. Many local authorities have funding pressures, which means that they cannot provide the levels of care and support that are required to meet demand.

As we have mentioned earlier, there are an estimated 1.4 million people in the country who simply do not receive the day to day help that they need to perform even basic tasks such as getting dressed, using the toilet, getting to the shops, making a meal, having a bath or a shower or washing their own clothes.

This unmet need means that for more and more people they are reliant on the good nature, help and assistance of friends and family to go about their day to day lives, and that without this freely given support many of them would suffer considerable hardship.

But is there hope?

The answer to this appears to be yes and no! Many of you may well remember that in his first speech as Prime Minister, Boris Johnson pledged to fix the crisis in social care “once and for all with a clear plan we have prepared to give every older person the dignity and security they deserve”.

However, the pledge was short on detail – in fact he gave no idea whatsoever as to what his plan entailed, how he would do it, or how he would pay for it. Since that inaugural speech very little detail of this policy pledge has emerged.

In fact the Prime Minister recently suggested that any proposals to revolutionise the way social care is provided and funded are not likely to be made public until the end of the year at the earliest.

Meanwhile Jeremy Corbyn has weighed in on this issue stating that should the Labour party triumph in a general election then they would commit £8 billion of additional funding into local authority social care departments over the next few years, although where this money would come from remains unclear.

A history of failure

But Boris Johnson and Jeremy Corbyn are not alone in finding this problem to be a political hot potato, and one for which there is very little consensus across the parties. In fact, if you look back over the last twenty years you will find history littered with examples of failed government reviews into this very issue. It seems like every government sets out with the good intention of reforming social care, but when the facts and extent of the crisis are revealed they very quickly shy away from definitive and decisive action.

But what if you need care now?

The facts are that the provision of social care is proving more and more difficult for local authorities to provide and fund, which means that more and more people are relying on family and friends to give them the help and assistance that they need. The alternative is to pay for care yourself if you need it – but the cost of this can quickly escalate and can run into thousands of pounds per year. You quickly lose track of the number of distressing cases of people who simply have to sell their main asset, their family home, to allow them to pay for the care that they need.

It’s not just the public sector that’s in crisis

A prime example of this was the operator Four Seasons Healthcare, which looked after some 17,000 residents across the country. The company went into administration in April this year, a move that severely impacted on its 322 care homes and their residents.

Can this go on?

The simple answer is no but it remains unclear what the solutions are. In the meantime more and more people are faced with suffering and uncertainty because they cannot access the quality and level of care they need to help them live comfortably and with dignity in their old age.

What is sure is that whoever is in power once Brexit has been finalised must prioritise the social care problem and find solutions, and find them quickly. Old people in this country deserve to be treated with dignity and respect – that’s the least they should be able to expect.