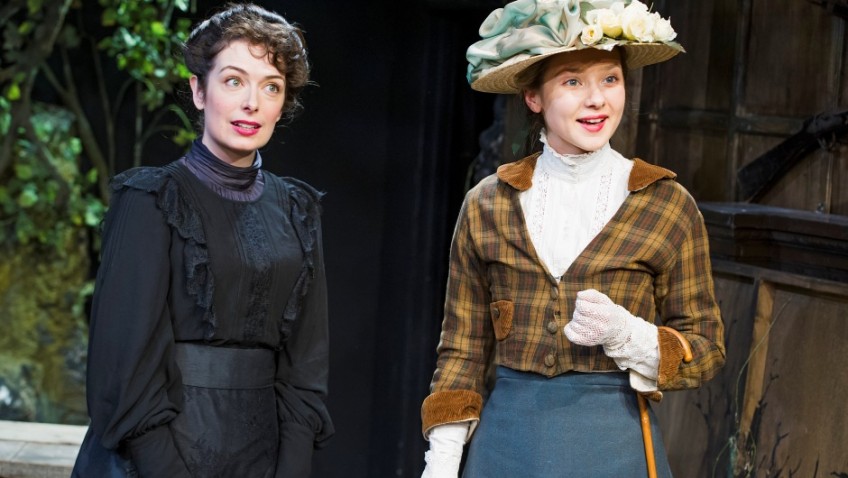 St John Hankin (1869-1909) has been neglected for far too long. The only theatre in the UK where you could have seen any of his plays within recent memory has been at The Orange Tree Theatre in Richmond, Surrey.

In the Edwardian era his plays were produced at the Royal Court during three outstanding seasons between 1904 and 1907. They were acted alongside those of Bernard Shaw and Harley Granville-Barker; and they were much admired by them both.

The Last of the de Mullins is about a woman’s right to manage her own affairs and to be totally independent of a father and a husband. The play was staged privately in 1908. Less than a year later, and just before his 40th birthday, he was dead. Rather than suffer a crippling disease, he committed suicide by drowning.

Janet de Mullin and her 8-year-old son, born out of wedlock, return to the ancestral home in the country after a long absence.

She has not been back since she was pregnant. She has carved out a life and a career for herself and she owns and runs a very successful hat shop in London.

Janet does not behave like a Victorian and Edwardian audience would expect “a fallen woman” to behave. Hankin dares to champion the single mother. Janet refuses to marry the father of her child and she rejects her family’s offer of a home. She values her independence too much.

She wants her son to be of some use in the world. She certainly does not want him to be as useless as the moribund De Mullins. Charlotte Powell is good casting for this resourceful and forthright feminist.

I hope Joshua Stamp-Simon’s agreeable revival leads to other revivals of Hankin’s plays. His witty satires, and The Return of the Prodigal, in particular, his masterpiece, deserve to be much better known.