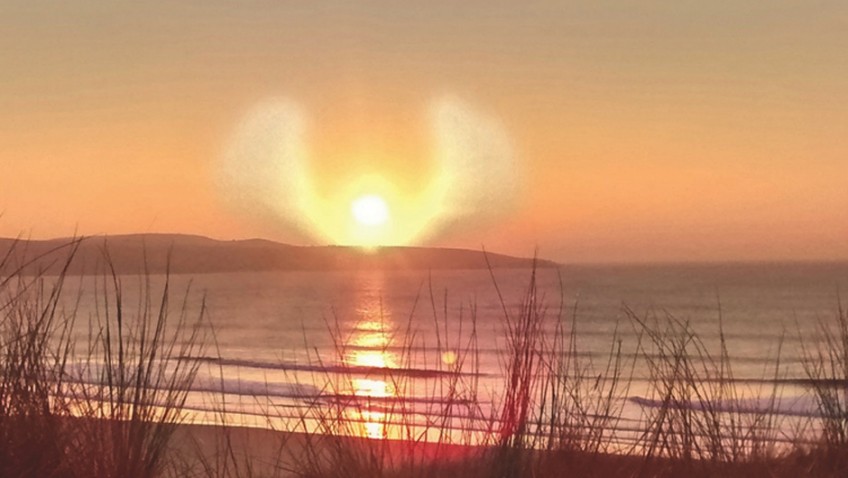 This is the moment a dog walker had a spiritual experience and caught on camera a sunset looking like an ANGEL – which even has experts baffled.

Stunned Ian Warne, 51, was walking along the coast in Peter’s Point in Cornwall when he spotted the horizon.

He got home and uploaded the picture to his computer and saw clouds had formed wings around the sun – looking like an angel.

Experts say the sight is so rare there isn’t even a name for the odd formation.

Engineer Ian said: ‘’I was just walking along with my dog and saw the sunset. I took a couple of shots and didn’t notice anything out of the ordinary until I got home.

“I thought something looked quite unusual – then I saw it looked like the sun had wings.

I’m not sure what it is – it might just be the way it looks on the camera.”

“As far as I am aware, there is no official name for the phenomena captured, although angels wings seems very appropriate.

“It’s most likely the effect captured happened as the photograph was taken, due to the camera lens, and was not visible to the naked eye.”