Home / Your Views / The Queen 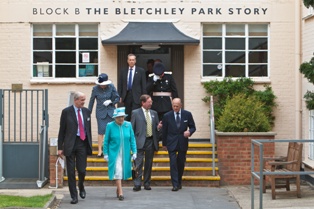 What a sad, spiteful letter from Marion Harris (June issue) about our Queen.

I won’t bother to list all the work and duties she performs, they are well documented. Needless to say it is more than most people and probably more than anyone of her age.

Perhaps Ms Harris would prefer to live in one of those republics where the presidents have a fleet of Rolls Royces and their subjects live in squalor.

When Her Majesty appears then thousands will turn out to greet her, if they do this for a leader in some countries it is because they are ordered to do so.

As for the hardships in this country – millions of us pay large sums of money to watch football,  which goes to pay a lot of players literally hundreds of thousands of pounds a week each.

Watch the crowds Ms Harris and see if we want the Queen or not.