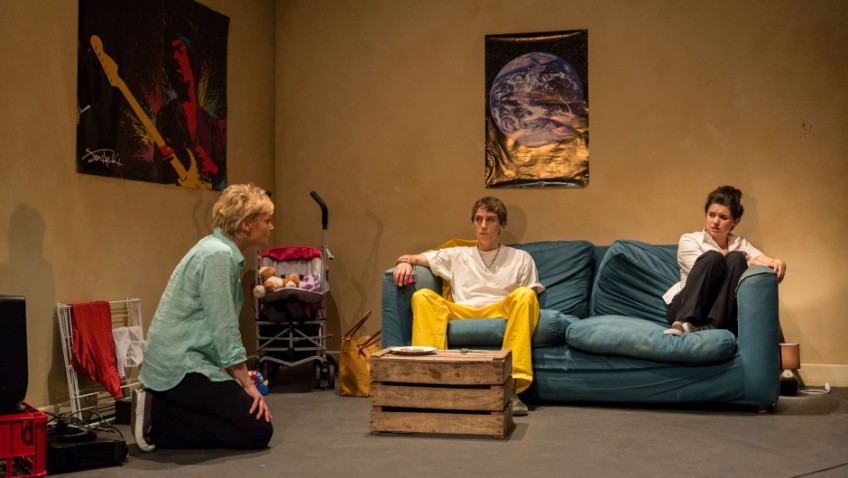 Rebecca Gilman’s Luna Gale is not exactly top drawer American drama but it does raise social and moral issues about child care, child abuse and child neglect which concern us all.

Luna Gale is the name of a baby. Her parents are drug addicts and she has been put in the care of her grandmother, an evangelical Christian, who wants to adopt her. The parents object strongly.

Rachel Redford and Alexander Arnold are the loving but messed-up teenage parents.

Caroline Faber is the committed Christian who believes the world is about to end and Corey Johnson is her pastor. They put enormous pressure on the social worker, who is already under enormous pressure.

She has too many clients. She hasn’t the budget to employ enough counsellors. All the places in rehab are booked and there are no vacancies in the immediate future.

The highly experienced and stressed-out social worker (played by Sharon Small) is in an impossible situation and having to make an impossible decision.

She manipulates the system to do what she thinks is right and best for the baby; but her behaviour is unbelievable. She behaves as if she were in a play, and so does her boss (played by Ed Hughes); and the play rings false and gets falser.