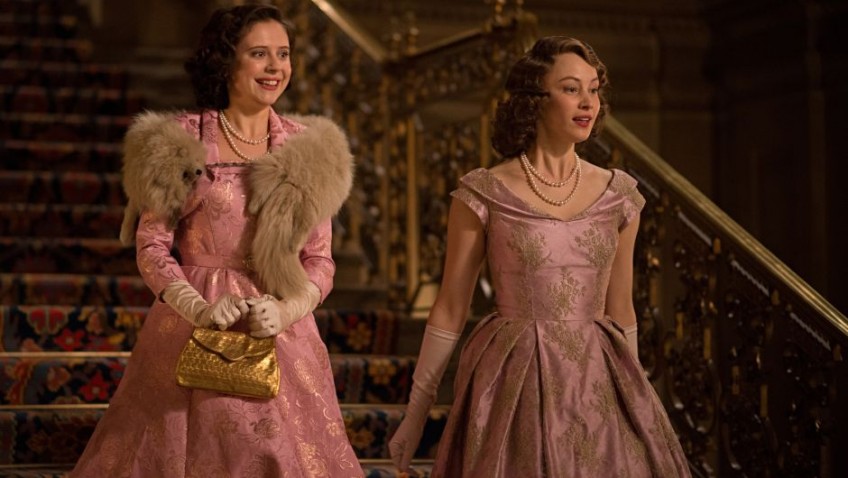 A ROYAL NIGHT OUT (Lionsgate). VE Day, 8 May 1945. Mummy says absolutely no but 19-year-old Princess Elizabeth and 15-year-old Princess Margaret insist they go and mingle incognito with the euphoric crowds celebrating the end of the war. That much is historical fact. All the rest is silly romantic comedy fairy tale rubbish. Elizabeth (Sarah Gadon) who wants to be “just another girl in the crowd” meets a nice, working-class, anti-royalist airman (Jack Reynor) who has gone absent without leave and gets (wait for it –  honi soit qui mal y pense) a kiss for looking after her . She invites him back to Buckingham Palace to have breakfast with mummy and daddy. Gosh. Bel Powly as Margaret hams it up horribly.

CATCH ME DADDY (SudioCanal) is a trivial title for this overrated murky British thriller, a slow-burner, written and directed by brothers Daniel and Matthew Wolfe. A British Pakistani teenager has run away from home and is living in a caravan with her white boyfriend. Her brutal father has hired mercenary thugs to hunt them down. So you know it’s going to end badly. An honour killing is not out of the question. Unfortunately, the diction is so bad that the film would benefit enormously from the addition of subtitles throughout. And then again the night scenes in cars and on the Yorkshire moors are often so dark you cannot see what is going on.