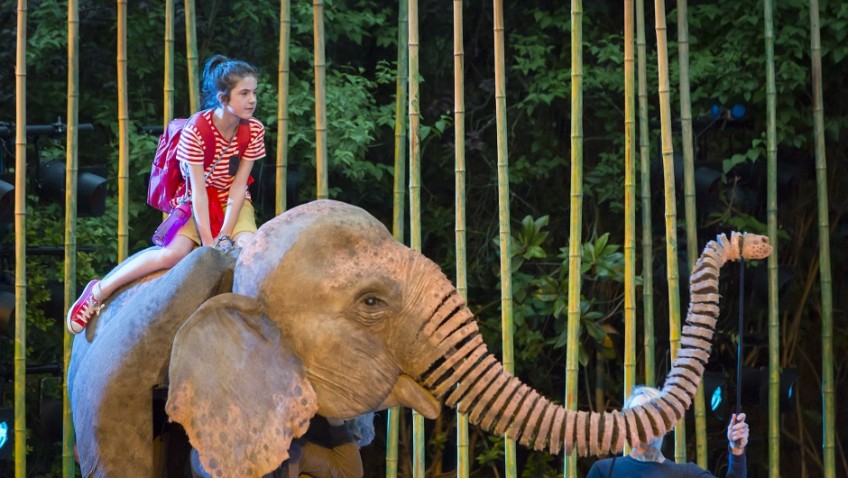 The puppetry is magical and will enchant adults and children 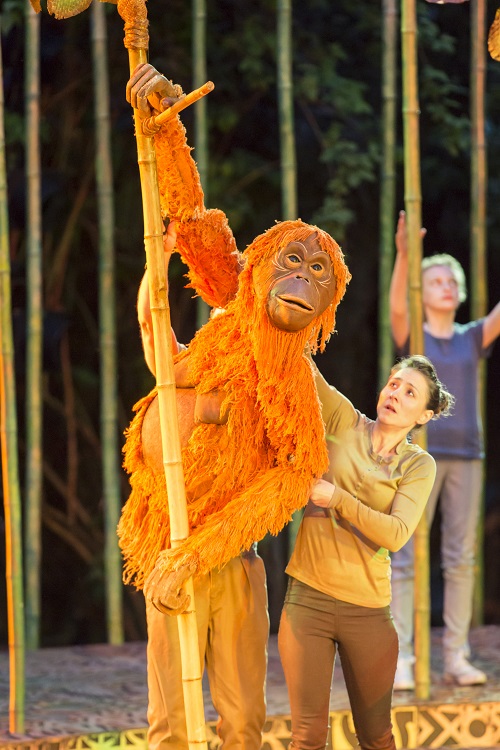 Michael Morpurgo was inspired to write Running Wild when he read about a boy being saved by an elephant during the 2004 tsunami and surviving in the Indonesian jungle.

Rudyard Kipling’s The Jungle Book and Just So Stories were his favourite books as a child.

Morpurgo’s environmental message is simplistic but then what he has to say about destroying forests and trading timber, exotic pets, animal fur and palm oil is aimed at children.

The adaptation for the stage is by Samuel Adamson. Timothy Sheader and Dale Rooks direct an inventive production on a revolving stage and within an artificial jungle which has the open air theatre’s own permanent trees as a backdrop.

The child is played by three actors, two boys and a girl, who alternate the role. I saw Tyler Osborne. He is on stage all the time and totally confident.

The production deserves to have the success Morpurgo’s War Horse had in the theatre. The puppetry designers are directors are Finn Caldwell and Toby Olie. The puppetry is magical and will enchant adults and children.

The elephant is played by a life-size puppet manipulated by four visible puppeteers and she is as real a character as Joey, the horse. Visible puppeteers also manipulate a tiger and an adorable family of orang-utans. The visibility of the puppeteers is not distracting; it is part of the attraction.

The tsunami is created in the Chinese theatrical manner with huge blue sheets which are dragged over stage and auditorium, “drowning” actors and spectators.