Home / LIFESTYLE / REVIEWS > / FILM REVIEWS / When your enemy is your double you’re in trouble; so is this unsatisfying, cryptic thriller. 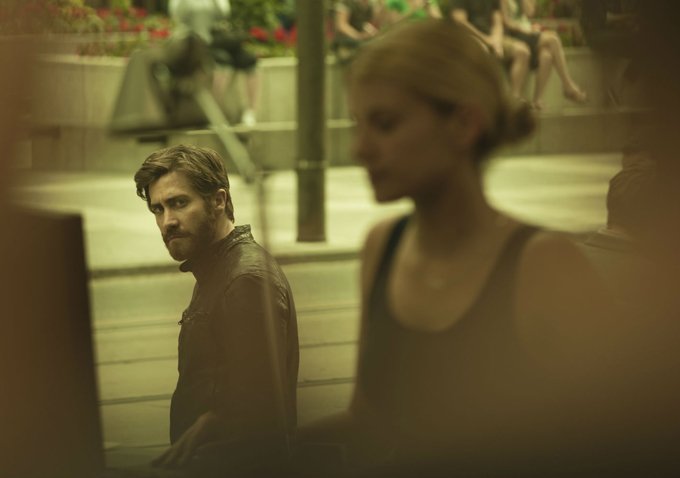 When your enemy is your double you’re in trouble; so is this unsatisfying, cryptic thriller.

Earlier this year, the Director Richard Ayoade gave us a stylised adaptation of Fyodor Dostoyevsky’s novel, The Double, starring Jesse Eisenberg as both a brilliant but introverted and overlooked company clerk and his opposite in all but looks.

Based on Pulitzer Prize-winning author José Saramago’s novel The Double, Canadian Co-Writer/Director Denis Villeneuve’s (Incendies, Prisoners) Enemy is a similar psychological thriller, although both the psychological subtext and the thrills might escape you.  With its washed-out setting, unengaging, underwritten characters and a half-baked puzzle in lieu of a suspenseful story, putting the pieces together is more hard work than fun.

In Enemy it is the superb Hollywood actor Jake Gyllenhaal who plays the double role of a history school teacher and an actor respectively.  The film begins in a kind of Eyes Wide Shut private members’ climb where solemn men in suits sit around watching naked women, until one spikes a large spider with her high-heeled shoe.  A man who we later identify as the actor, Anthony (Gyllenhaal), is present.  The sex club and the spider come back toward the end of the film in the only really frightening scene; but its reappearance does not shed much light on the symbolic insect.

Cut to a college history class where Adam (Gyllenhaal) is lecturing his class on the characteristics of dictatorships. His lesson, which is repeated several times in the film, is that totalitarian states operate by control in patterns that are repeated throughout history.  In Rome they kept the populace entertained with violent games; in other countries they lower educational standards and brain wash, and in others they censor individual expression.  Perhaps the idea, though admittedly strained, is that with a doppelgänger, one ceases to be an individual. Adam and Anthony do become so obsessed with one another that perhaps they give up their freedom and individuality.

There is also a quote from Hegel (via Marx), who noticed that ‘all great, world-historical facts and personages occur, as it were, twice.’   We might think of WWI and WWII, the two President Bushes, the two Kennedy assassinations or Adam and his double, but the connection also feels strained.

A chain of events assures that Adam watches a video in which he notices a minor character that looks exactly like his twin.  Adam seeks out the actor, Anthony, who is more angry at Adam for finding him than curious about discovering he has a twin.  Perhaps he is frightened, as the myth is that when you meet your doppelgänger, death is imminent.

Adam runs to his mother (Isabella Rossellini) for help, but she hardly comforts him or us.  She confirms that he is an only child, but complains about Adam not having a girlfriend (he does sleep with a woman played by Melanie Laurent, but they never spend the night together) and then complains about his horrible flat. So far, so good. But then she refers to him as a ‘third-rate actor’ and you are more confused than before.

Anthony may be a third-rate actor, but he has a wife (Sarah Gadon), a baby on the way, and a respectable flat: everything that Adam – and his mother – want.  We naturally start to wonder which life is real. Is Anthony acting his way out of increasing responsibility, projecting a dream that he is alone to do as he likes?

Or is Adam the dreamer, trying to please his mother by turning into the son she wants?  But would she really prefer that ‘third-rate actor’ to a college professor? Is Adam on the way toward combining the two lives?  This is where we should be struggling to figure out who and what is real; but the script makes such effort seem futile and Villeneuve’s direction never makes it matter enough.