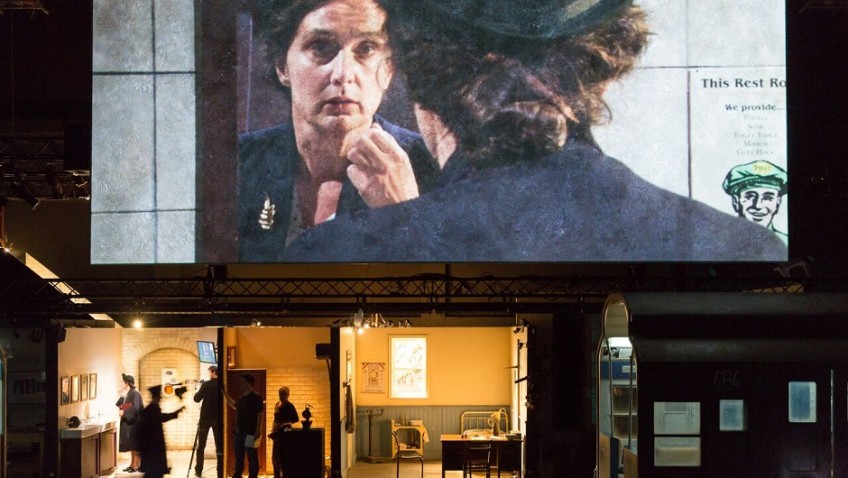 Poisonous gas is a higher form of war

FORBIDDEN ZONE, directed by Katie Mitchell for Berlin’s Schaubuhne in 2015, is a feminine perspective on war, science and chemical weapons. Theatregoers who have seen Mitchell’s productions at the National Theatre will have a good idea what to expect.

The title comes from a book about World War 1 written by Mary Borden, the Chicago heiress, who financed a hospital near the front line and ran it.

World War 1 was a war like no other. The French Red Cross prepared for 2,000 casualties. They got half a million.

Chemist Fritz Haber created the chlorine gas which was first used as a military weapon at Ypres in 1915. “Poisonous gas,” he had boasted” is a higher form of war.”

His wife, Clara Immerwahr, who was also a chemist, was violently opposed to chemical warfare. She shot herself with her husband’s revolver. Her suicide is considered by many today to have been a protest against using gas. What we see on stage is filmed and shown at the same time in huge close-up on a big screen above the actors. A moving subway train is on stage which regularly slides open to reveal a variety of rooms behind it. The set is designed by Lizzie Clachan.

The cameramen and the stagehands, dashing hither and thither, remain visible throughout. It is right that they should take a joint curtain call with the actors because the major appeal of this 70-minute production is watching the way it is being staged and filmed rather than watching any individual performances or listening to any dialogue.

Audiences will come out of the theatre talking about Katie Mitchell’s multi-media production rather than discussing the moral responsibilities of scientists in wartime.