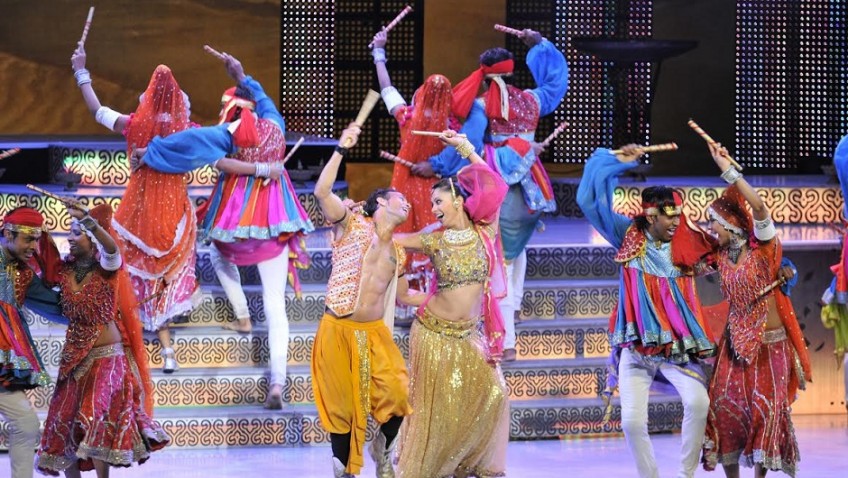 Bollywood dancing is all about energy

The show is aimed not at dance audiences but at Asian family audiences who have been brought up on Bollywood’s rubbishy films. India makes over 800 films a year and sells 15 million tickets per day.

The script purports to tell the story of Ayesha Merchant, who (much against her grandfather’s wishes) gave up classic Kathak to work in the movies.

The script is extremely naive and the little acting that has to be done is unconvincing.

The dancing, a show case for two choreographers, Vaibhavi Merchant and his grandfather Shri Hiralal, has a very limited vocabulary and is very repetitive.

Audiences will be going for the spectacle and the energy.

Bollywood dancing is all about energy; and the energy of the dancers on stage is unflagging. There is no respite when they are off-stage, either; they constantly have to change their costumes at speed.

The colourful costumes (1,200 of them plus jewellery) are the spectacle.

The fusion of folk, classical, modern, Western and Indian dance forms makes for a high-spirited finale.