Home / LIFESTYLE / REVIEWS > / THEATRE REVIEWS / Please take me back to the dark hills of Dakota immediately! 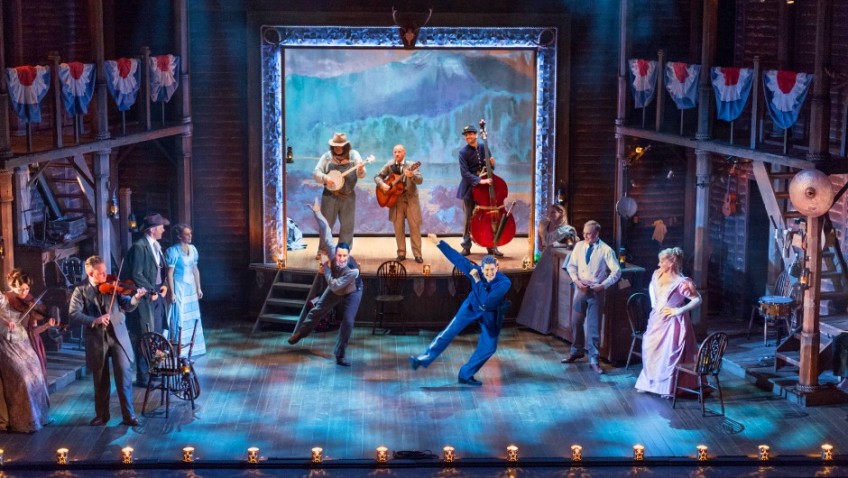 Please take me back to the dark hills of Dakota immediately!

Calamity Jane, premiered by Warner Bros in 1953, starred Doris Day and Howard Keel. It had music by Sammy Fain and lyrics by Paul Francis Webster and followed a Western route already blazed by Irving Berlin and the four-barrelled Ethel Merman in Annie Get Your Gun on Broadway in 1946. 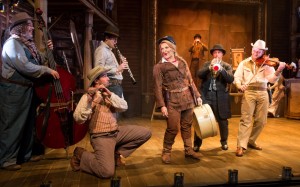 The action is set in Deadwood City, Dakota Territory and Chicago in the summer of 1878 when Calamity Jane is 26.

The whip crack-away rivalry of Calamity Jane and Wild Bill Hickok echoes the rivalry of Annie Oakley and Frank Butler. “I Can Do Without You” is a watered-down version of “Anything You Can Do, I Can Do Better.”

The gun-toting tomboy thinks she loves a young lieutenant when everybody knows she and Wild Bill are just made for each other. She bets she can get a famous vaudeville artiste to appear in the saloon bar’s theatre and drives off to Chicago to get her. 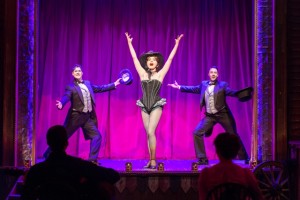 Sophia Ragavelas as the maid

Nikolai Foster’s touring production is lively and likeable. It has an ensemble of actors who are also musicians.

They act and play their instruments on stage. They also have to dance. The energetic routines are choreographed by Nick Winston. The limited saloon bar space feels just right. 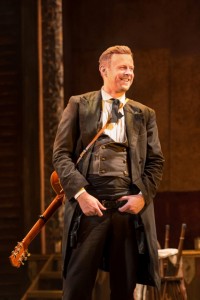 “Take Me Back to the Hills of Dakota” is so irresistible you want to hear again; and, to the audience’s obvious delight, it is reprised in the curtain-call, sending everybody home happy.

The cast is headed by a feisty Jodie Prenger as Calamity Jane. Prenger, you may remember, won the “I’d Do Anything” Competition on television and played Nancy in a major revival of Lionel Bart’s Oliver! at Drury Lane Theatre.

Calamity Jane is the perfect musical for the whole family.