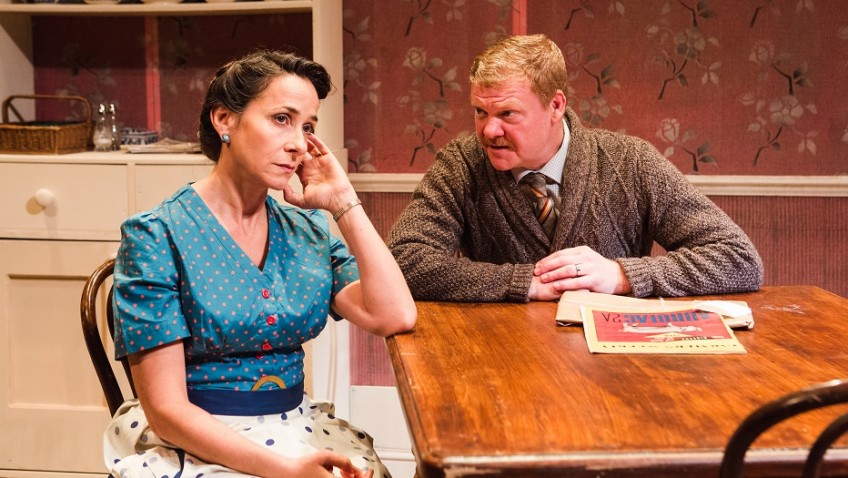 The play that made Robert Bolt’s reputation

Robert Bolt is best remembered today for The Man for All Seasons (with Paul Scofield as Sir Thomas More on stage and film) and his screenplay for Lawrence of Arabia (with Peter O’Toole in the lead).

His breakthrough came after John Osborne’s success with Look Back in Anger; but he was never a member of the angry young men brigade.

Flowering Cherry, produced in 1957, was a throwback to an era before the kitchen sink drama.

Any commercial risk the play might have had was negated by the casting of Ralph Richardson and Celia Johnson.

It ran for 15 months in the West End and made his reputation and won him an award for most promising playwright.

Bolt had wanted to write an expressionistic play but ended up writing a well-made play. It was his director Frith Banbury, who gave the original production its poetry with a non-naturalistic set and use of music and lighting.

The Flowering Cherry is a suburban tree that blossoms but bears no fruit.

The hero is called Cherry and he’s a suburban braggart unable to face reality. He is a failed insurance salesman who is also an alcoholic, a liar and a thief. His whole life is built on lies; even his dream of moving to the country and cultivating an apple orchard is a lie.

Bolt wanted Cherry to be larger than life. The role was not written specifically for Richardson but Richardson’s ability to be eccentric and ordinary at one and the same time, raised the play to another level and generated enormous amount of sympathy for Cherry.