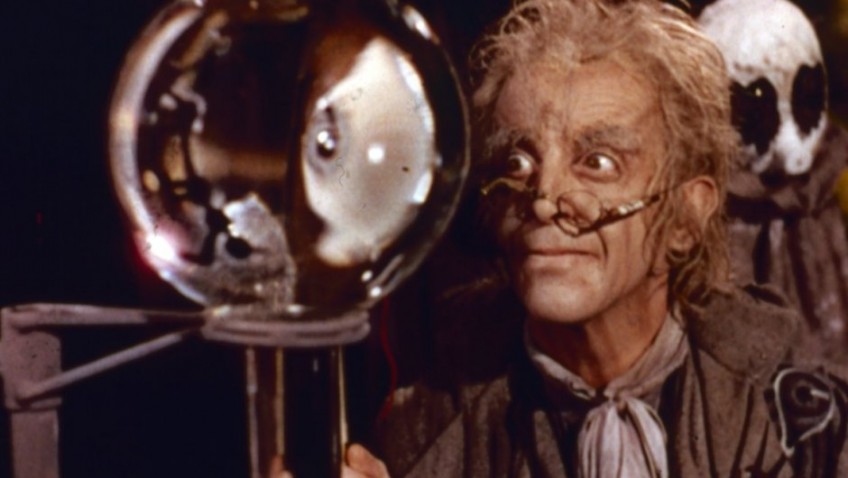 A phantasmagorical mix of cinema, opera and ballet

THE TALES OF HOFFMANN (StudioCanal). Three stories, three heroines: a mechanical doll, a Venetian courtesan and a consumptive diva. The cast includes famous ballet stars, Robert Helpmann, Moira Shearer, Leonide Massine and Ludmilla Tcherina, who lip-synch the songs. The singers, with the exception of Robert Rounceville and Ann Ayers, remain off-screen. Offenbach’s opera fantastique in 1951 did not have the critical and box office success Michael Powell and Emeric Pressburger had with The Red Shoes. Bravely, wildly non-commercial and strictly for the cognoscenti, the film made no concessions whatsoever to the non-opera and non-ballet lover. The film does not work; but it is worth persevering. The production, cinematically, theatrically, is quite extraordinary in its staging, decor, costume and make-up. Sir Thomas Beecham conducts.

THE HOSTAGES THE COMPLETE SEASON 1 (Arrow). Look, things are getting out of control, says one of the characters; and he should know. I thought this Israeli thriller was going to be more serious. The premise is good. A surgeon (Ayelet Zurer) and her family are kidnapped and told, if she does not murder the sick Prime Minister on the operating table, her loved-ones will be killed. But the script eschews reality in favour of instant thrills and becomes more and more unbelievable. The screenwriters are so full of surprises it becomes comic. The cynical and cheeky climax is hilariously absurd. The good thing about a box set is you don’t have to wait for the next instalment and can get on with the nonsense in your own time and pace.

WINTER SLEEP (New Wave) is a Turkish film directed by Nuri Bilge Ceylan.  A well-off, retired actor (Haluk Billinger) has turned intellectual writer, hotelier and landlord. He is married to a much younger woman and their marriage is on the rocks, literally so, since they live in Anatolia. They have different ideas about how to treat the poor. He is oblivious, condescending and selfish. She is sincere but very naive. I am afraid most people are going to be put off by the interminable conversations. The dialogue is so literary I felt I was watching a play. The Cappadocia landscape and the houses which are built inside the strange rock shapes are amazing.