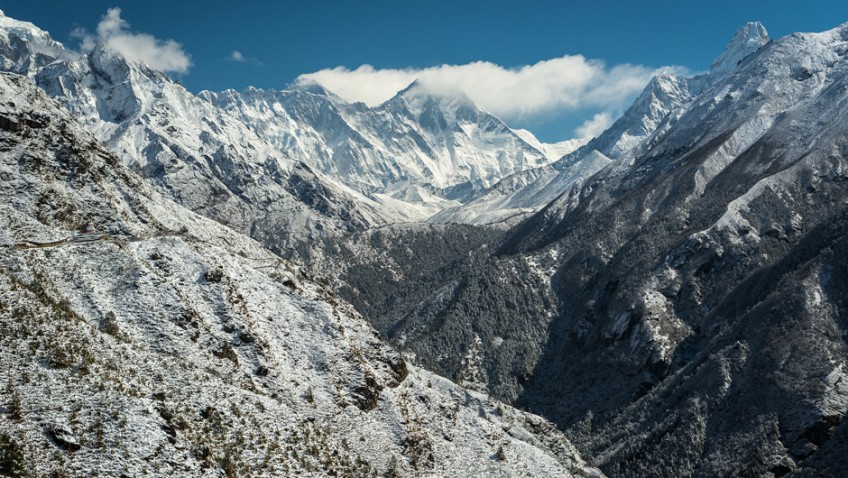 A courageous widower defeated all odds as he completed an arduous trek up Mount Everest – aged 76.

Widower David Richards embarked on an 11-day adventure as he scaled the mountains to reach the base camp 5,364 metres above sea level.

David Richards, 76, from Dover, lost his wife Rosemary to Parkinson’s disease after a 13-year battle.

David said: “I lost my wife eight years ago and ever since I have been climbing mountains.”

The 76-year-old had previously climbed Mount Kilimanjaro and Machu Picchu to raise money in aid of Parkinson’s UK.

The brave pensioner faced some difficult terrain and narrow foot paths along with 16 other fearless climbers from Australia, Canada and the USA.

They were guided by ten experienced Sherpas who, retired David said, were “great”.

He said: “The pathways were quite steep and there were swaying bridges that were only two foot wide.”

Over the course of the journey David stayed in very basic guest houses which had no running water so he couldn’t have a wash.

He said: “It was lovely to come back down to have a shower.”

The generous gent has raised almost £4,000 for this climb and more than £20,000 in total for Parkinson’s UK since he started fundraiser in 2012.