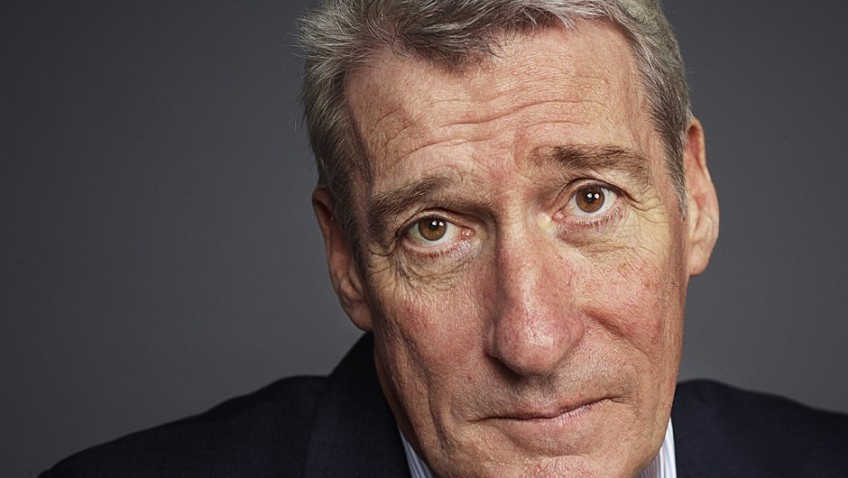 As Publisher of Mature Times, it is not very often I allow my own august voice to be heard within its pages – I prefer to remain impartial allowing my talented editorial team free rein to publish articles and pieces of interest to our 500,000 plus readers – after all, given that this is our 25th anniversary edition, we must be doing something right!

However, Mature Times has just received the Paxo treatment – I’m sure you are all familiar with Mr Paxman, the one-time anchorman (yes you read me right – anchorman) of Newsnight – after all who can forget his interview with Michael Howard all those years ago!  In fact, that’s very nearly 10 years ago now – my, my Mr Paxman – how time flies!

In an article recently in the Financial Times, Mr Paxman wrote about Mature Times as follows:-

‘At the reception desk of a hotel to which I checked in this week was a pile of free copies of the Mature Times, which calls itself “the voice of our generation”. Oh God, I thought, the cheeky bastards are including me. Back off. For this must be the most unfashionable publication in Britain. Who wants to be called “mature”, like an old cheese? We all know that “mature” means on the verge of incontinence, idiocy and peevish valetudinarianism. They might as well have named it the “Surgical Stocking Sentinel” or “Winceyette Weekly”.

Well, I have to say Mr Paxman, that at the sprightly age of 66 you are indeed one of the 12 million people over 65 in this country – get over it!  Now, I’m all open for criticism, and I’m happy to accept this where it’s due – but what I really, really do object to is being referred to as a ‘cheeky bastard’ – in fact I’d go so far as to say that it’s downright insulting and unprofessional for a man of Mr Paxman’s standing to use such language in such a way.  I also object to the degrading and demeaning language that he used towards our readers!

However, I suspect that with the high media profile enjoyed by Mr Paxman, comes a massive ego as well – but perhaps it’s time for that ego to contemplate a little!  Mr Paxman, you have just insulted over 21 million people (yes that’s how many over 50s there are in the UK), you have called them ‘cheesy and on the verge of incontinence’ and I’m sure, on reflection you may regret such a statement!

So Mr Paxman, perhaps an apology is appropriate – or perhaps you’d like to contribute a more reasoned article to our next edition of the paper about the contributions the over 50s make to our society?  I must say, I’m not holding my breath – but the invitation is there – let’s see if you’re man enough – or should I say ‘Mature’ enough to take me up on it!