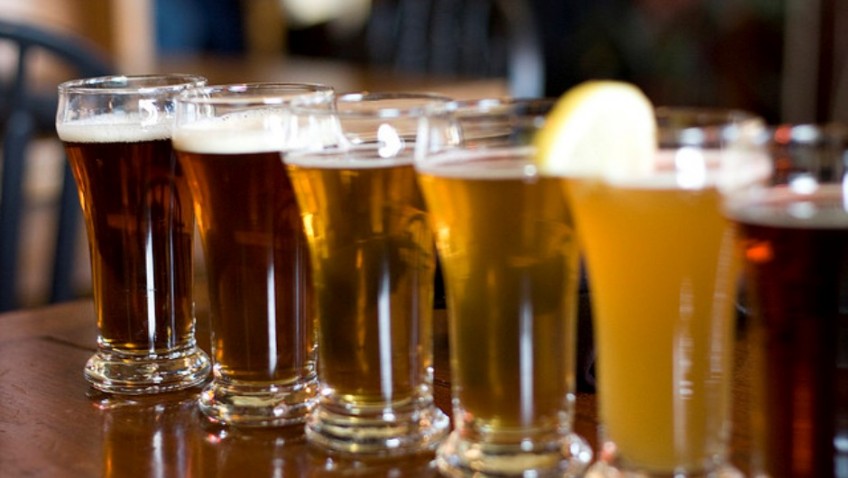 It’s going to be a settled and slightly breezy Bank Holiday according to The Met Office. So why not get out and enjoy the last of the vague summer warmth with a picnic? A picnic with a difference that is. Instead of sipping wine with your sandwiches, why not get in a couple of beers instead. There are a host of different beers out there and many make exciting choices for summer sarnies.

If you like Champagne, then try a Belgian or French lager with your smoked salmon baguette. These delicate lagers are brewed with champagne yeast and so take on the same fresh bread and yeasty flavours found in Champagne. Served cool, lager has enough zing and low bitterness to make it a perfect refreshment for a hot(ish) summer’s day.

Wheat beers are an alternative to citrusy Chardonnays. Being brewed with wheat, rather than malted barley, makes the resulting beer look rather cloudy but the taste is soft and creamy with a backdrop of orange flavours.

Nirvana in a bottle. Its fresh lemon aroma and light malty taste are just like a true pilsner lager. And there’s no bitter after-taste. This is a beer worth drinking at home. You’ll have no need of your car keys.

The beer with the big, frothy creamy head that smells wonderfully of bread and grapefruit but tastes both creamy and sour. If you can, save the last half inch of beer and turn the cloudy bottle conditioning yeast into a yeast starter for your home brew.

An American beer brewed and spiced in the Belgian tradition. This unfiltered wheat beer is brewed with oats for creaminess and spiced with the orange peel and coriander giving it gentle zesty orange flavours. Drink with chicken sandwiches or lemon tart.

Wonderful aromas of freshly cut grass and mushrooms with flavours of light treacle.

White Shield is bottled with live yeast and so matures with age. This is known as bottle conditioning. Hoppy and dry with rich marmalade flavours. Match with cheese and Branston pickle sarnies.